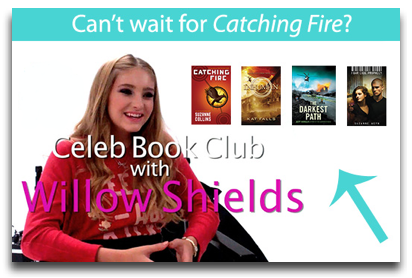 Can't wait for The Hunger Games: Catching Fire flick? Don't worry—the anticipation is (almost) killing us, too. So to celebrate the next installment of the Hunger Games adaption hitting theaters on November 22, we've rounded up four of our favorite dystopian-themed books.


From fireballs to quarantined walls, we’re obsessing over the freaky and flawed worlds in these so-real-they're-scary reads. But we’re not the only ones. Turns out, Hunger Games star Willow Shields also has a love for the chilling and thrilling tales. 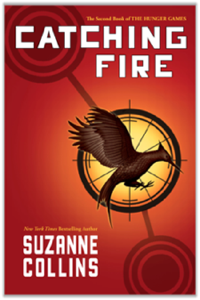 The Hunger Games: Catching Fire by Suzanne Collins
The second book in the Hunger Games trilogy picks up right where the last left off. Katniss and her love interest, Peeta, have won the Seventy-fourth Hunger Games. But instead of being psyched about the victory, Katniss is devastated that BGF Gale is giving her the cold shoulder and Peeta isn’t speaking to her at all. Katniss must stop the unrest she has fueled and convince the district she and Peeta are in love—before it's too late. [Get it here] 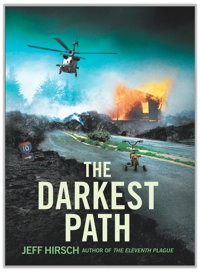 The Darkest Path by Jeff Hitsch
Calling all animal lovers! This book is putting a brand new spin on pet rescues. In a world where a violent militant religion dominants the U.S. government, 15-year-old Callum gets a job working in the military’s dog kennels. But just as he's about to move up ranks, Callum kills a commander who wants train his favorite furry friend to become a violent attack dog. Cal and his pup-pal are forced to flee as fugitives—and their adventure will test loyalties and lead to a fight that will change the country forever. [Get it here] 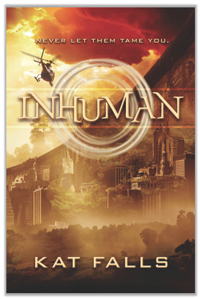 Inhuman by Kat Falls
Lane McEvoy crossed the line when she entered the forbidden Feral Zone, where humans have gone…wild. But she didn’t have a choice. She had to save her father. And now, if she wants to make it out alive, she’ll have to put her trust in two very different strangers: One is a guard who could have her hanged for crossing the wall. The other is a hunter who may be more ruthless than the beasts he stalks. [Get it here] 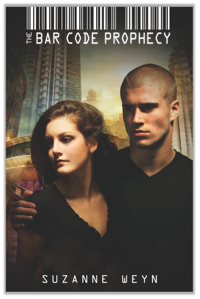 The Bar Code Prophecy by Suzanne Weyn
Grace is your regular girl next door: She goes to school every day, stresses about the guy she likes and works a part-time job. Her life doesn’t have many surprises—until the day she returns home from getting a barcode tattoo, and everything changes. Her family is gone and there are police everywhere. Scared and alone, Grace goes on the run to try to escape what might be a dark conspiracy and inevitable prophecy. [Get it here]