Win it: Splash into summer with Beach Blanket Book Club '15! 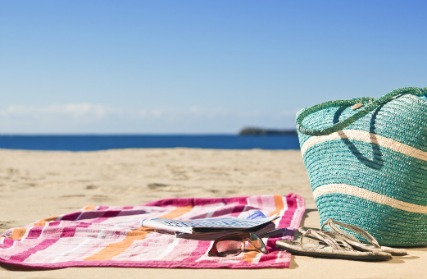 Welcome to GL's Beach Blanket Book Club! We've got 26 fab books to give away—and you can enter to win every day this June. Plus, one book-lovin' babe will score big with the Beach Blanket Book Club grand prize! She'll be set for summer with 25 juicy novels from Harlequin Teen, plus Mara Hoffman's trendy Horizon tote to pack it all in.

For your chance to score all of these sizzling summer reads for FREE, check out the WIN IT! giveaway box every day in June—you'll find it on every page of this website right underneath the poll. Good luck! 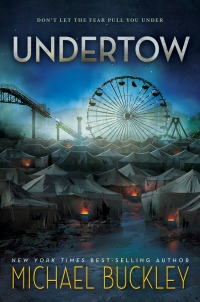 Undertow
By Michael Buckley • Houghton Mifflin Harcourt
undertowtrilogy.com • #UndertowTrilogy
The day the Alpha arrived on shore, Lyric Walker's life changed forever. Torn between both sides, Lyric must fight to protect those she loves.
But who's the real threat? 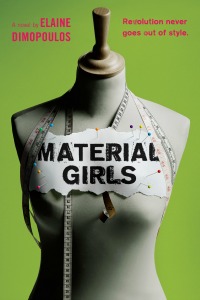 Material Girls
By Elaine Dimopoulous • Houghton Mifflin Harcourt
hmhbooks.com • #StayYoung
In Marla Klein and Ivy Wilde's world, fashion reigns—and they are the gatekeepers. But when a calculated corporation changes the rules,
can these girls fight back? 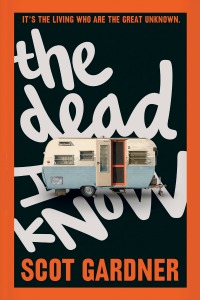 The Dead I Know
By Scot Gardner • Houghton Mifflin Harcourt
hmhbooks.com • #DeadIKnow
Haunted by a lost past and an uncertain future, Aaron Rowe finds himself working at a funeral home—and it just might be the best way to figure out
how to live. 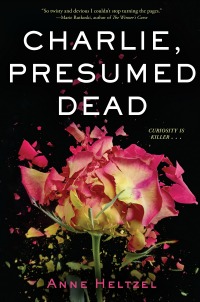 Charlie, Presumed Dead
By Anne Heltzel • Houghton Mifflin Harcourt
hmhbooks.com • #CharliePresumedDead
Before he disappeared, Charlie Price had everything (including two girlfriends). What secrets lie in store now that he's gone? The love(s) of his life will find out in this whirlwind international thriller. 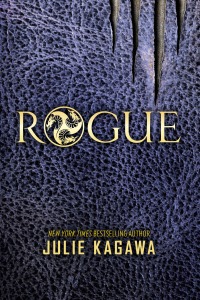 Rogue
By Julie Kagawa • Harlequin Teen
harlequinteen.com
In the second installment of the epic Talon Saga from Julie Kagawa, Ember is newly on the run from the Talon organization...and must make an impossible decision: Should she retreat to fight another day—or start an all-out war? 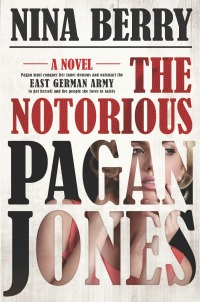 The Notorious Pagan Jones
By Nina Berry • Harlequin Teen
harlequinteen.com
In this pulse pounding, un-put-downable historial thriller, disgraced Hollywood starlet Pagan Jones is sent to film a move in Cold War Berlin after killing her family in a drunken car crash. Can she take on a divided city, a scheming guardian and the criticism of a world that once adored her? 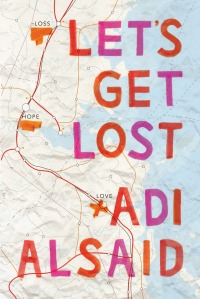 Let's Get Lost
By Adi Alsaid • Harlequin Teen
harlequinteen.com
Four teenagers from across the country have only one thing in common: a girl named Leila. She crashes into their lives in her absurdly red car when they need someone most and, when she leaves, their lives are forever changed. 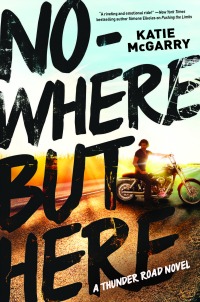 Nowhere But Here
By Katie McGarry • Harlequin Teen
harlequinteen.com
In the first of the edgy new Thunder Road series, Emily must spend the summer with her biological father, a member of the Reign of Terror motorcycle club. Despite her fears, she finds herself intrigued—by the club, her father and especially Oz, the mysterious guy meant to keep her safe. 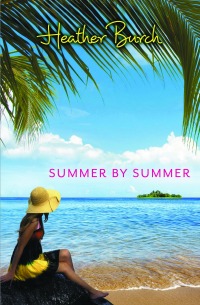 Summer by Summer
By Heather Burch • Blink
bit.ly/BrayGL
When a dive trip goes wrong, Summer and Bray find themselves stranded on a remote island. As they work together to survive, their feelings toward each other start to change. 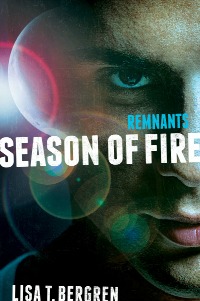 Remnants: Season of Fire
By Lisa T. Bergren • Blink
bit.ly/SoFGL
Can Andriana pull Keallach back to the Way, or has Sethos' web of darkness slowly and thoroughly trapped them both...forever? 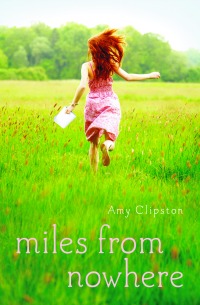 Miles from Nowhere
By Amy Clipston • Blink
bit.ly/MilesGL
Chelsea's responsible life takes a turn when she meets Dylan...and when their fun starts to interfere with her dreams, Chelsea must decide whether her heart is leading her in the right direction. 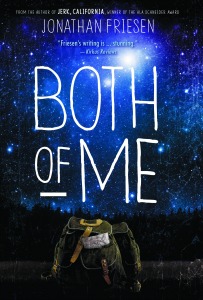 Both of Me
By Jonathan Friesen • Blink
bit.ly/BothofMe
Clara finds herself seated next to an alluring boy named Elias Phinn—a boy who seems to know secrets she's barely been able to admit to herself. 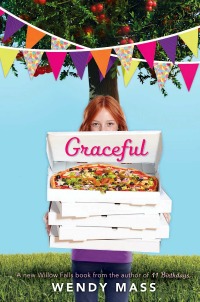 Graceful
By Wendy Mass • Scholastic
scholastic.com/WendyMass
Grace is guided by hints from the magical Angelina...and can now alter people's fates. Family, friendship and magic—nobody does it better than Wendy Mass, author of 11 Birthdays. 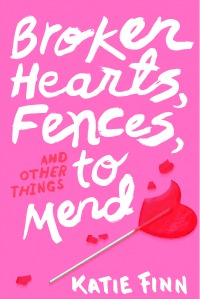 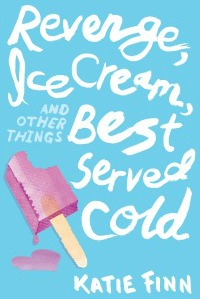 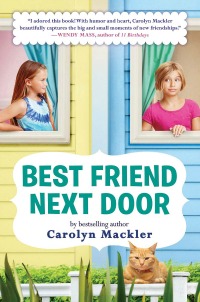 Best Friend Next Door
By Carolyn Mackler • Scholastic
scholastic.com
While Hannah and Emme are alike in so many ways, they're also different in some wrong ways. Is this the perfect friendship...or a recipe for disaster? 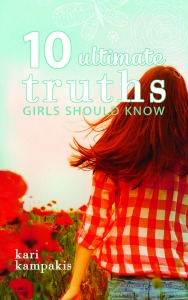 10 Ultimate Truths Girls Should Know
By Kari Kampakis • HarperCollins
bit.ly/GLUltimateTruths
Practical advice, loving support and insightful discussion questions will stir your soul and move you to action. As you begin making important decisions about your life, from peer pressure to dating to school, you can count on this book for guidance and reassurance that God's plan for you is bigger
than you dare to dream. 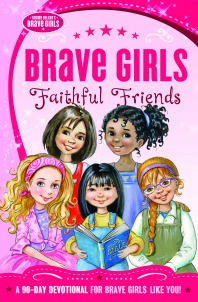 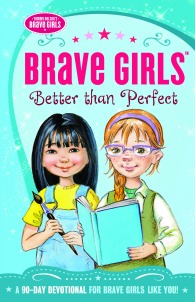 Brave Girls: Faithful Friends and Brave Girls: Better than Perfect
By Tommy Nelson • HarperCollins
bit.ly/GLbravegirls
Through the 90 devotions and activities in each book, you'll be reminded of important truths. Plus, learn great tips—like how to build strong friendships, how to handle a lunchroom (even when you don't know anybody) and how God has given you amazing power and skill. 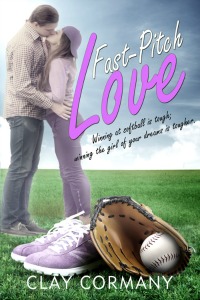 Fast-Pitch Love
By Clay Cormany • Clean Reads
cleanreads.com
Can you mix romance with softball? Jace Waldron sure hopes so. But his plan to assist a girls' softball team runs into some obstacles in Fast-Pitch Love, a new ebook about growing up and discovering inner beauty. 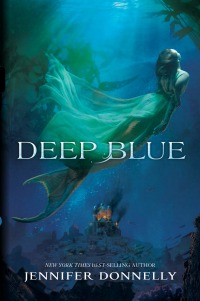 Deep Blue
By Jennifer Donnelly • Hyperion
waterfiresaga.com
The first book in an epic New York Times-bestselling series from Jennifer Donnelly. Set in the depths of the ocean, six mermaids seek to protect and save their hidden world. 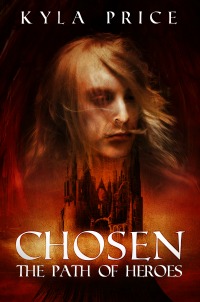 Chosen: The Path of Heroes
By Kyla Price • Strategic Book Publishing
kylaprice.com
Zuri, Evrik, Phenyo and Ra are tied together by an ancient prophecy. Join them on an epic quest between worlds and dimensions as they prepare
for battle against the Overlord. 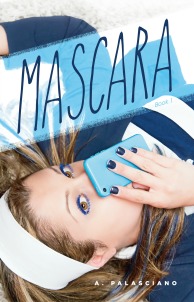 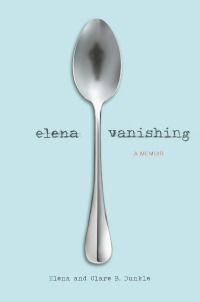 Elena Vanishing
By Elena and Clare B. Dunkle • Chronicle Books
chroniclebooks.com/elenaandclare
Every day means renewed determination, so every day means fewer calories. This is the story of a girl whose armor against anxiety becomes artillery against herself...as she battles on both sides of a lose-lose war in a struggle with anorexia. 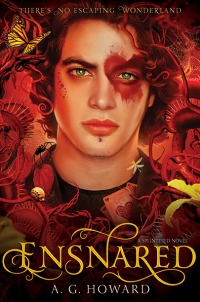 Ensnared
By A.G. Howard • Abrams Books
abramsbooks.com/splintered
In the third installment of the steamy, fantastical Splintered trilogy—inspired by Alice in Wonderland—Alyssa must right the wrongs of her ancestors by once again going down the rabbit hole. 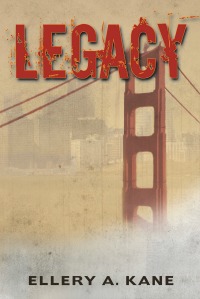 Legacy
By Ellery A. Kane • BalboaPress
legacybookseries.com
Imagine a world where your emotions are entirely within your control. How do you want to feel today? Do you want to be fearless? Bold? Exhilarated? Blissfully happy? In 2041, the choice is yours. But choose carefully.
A quick fix always comes at a price.