Book Club: Win this *wicked* read (before you watch the movie!) 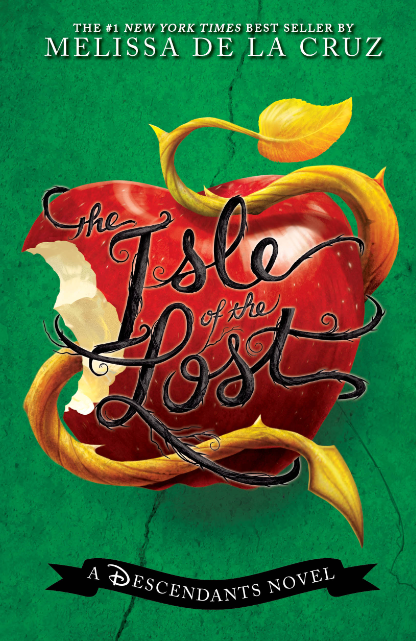 At this point, we all know the way our fave Disney movies end: Girl gets guy, music swells, credits roll and everything is wonderful. But what happens after happily-ever-after?

Enter The Isle of the Lost. In the new novel by Melissa de la Cruz, things are anything but happy. The story shifts focus from the feel-good world of magical kingdoms to the little-explored fate of the villains who failed to thwart our favorite heroes and heroines. Banished to the dark and hopeless Isle of the Lost and stripped of their powers, all of the not-so-good guys struggle to cope with a life without magic.

Fast forward twenty years. Life on the Isle is still pretty gloomy, but a new crop of aspiring villains are here to bring badness back: Mal, daughter of Maleficent, Jay, son of Jafar, Evie, daughter of the Evil Queen and Carlos, son of Cruella de Vil. After Maleficent lets slip the location of the Dragon's Eye (the key to true darkness), the four set out on a quest to reinstate evil. But who knows? The four young villains just might come to find that being good might not be that bad after all...

Sound familiar? That might be because The Isle of the Lost is a prequel for the Disney Channel Original Movie The Descendants, starring GL faves Dove Cameron, Cameron Boyce, Sofia Carson and Booboo Stewart. The movie premieres July 31st on Disney Channel, but you *have* to read the book first. We're all about this crazy-innovative way of telling a story—especially because reading and watching movies are pretty much the most fun things ever. Bonus: The book is peppered with hilarious references to all of the Disney characters you know and love, from Fa Mulan to the Fairy Godmother. Magical!

Get lost... Want to get a head start on all the wicked fun? CLICK HERE for all the deets and to read an excerpt of the novel.

Click to win! Oh, and the part you've been waiting for: We're giving away 5 copies! Click the button below to enter as many times as you want from now until July 19. We'll announce winners on July 20. Good luck!