Exclusive: This teen comedian is getting real on "The F Word" 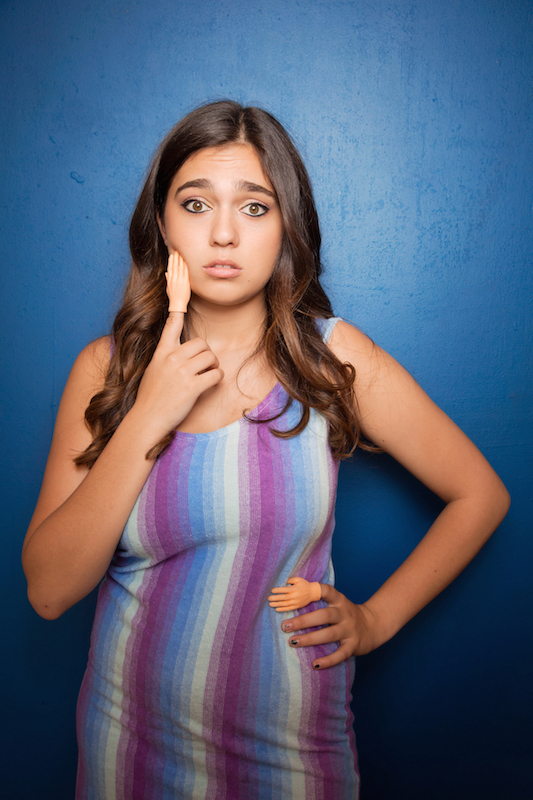 Let's face it: Growing up can be hard. From the pressure to get good grades and dealing with friend drama to social media and heartbreak, girls have a lot on their plates. Sixteen-year-old Ruby Karp addresses all of these issues in her new book Earth Hates Me: True Confessions from a Teenage Girl. Ruby writes from her experience as a modern teenage girl, so the book is packed with life advice, funny stories and tales from the halls of her high school. Plus, as a comedian (she’s been praised by Amy Poehler and Ilana Glazer), she always includes a dose of humor in her writing.

One topic that's especially important to Ruby is feminism. It's woven throughout the book, and she says it’s a part of her identity. "Above anything, I am a feminist. Even if eventually I don't want to do comedy or I don't want to write, no matter what, I will always be a feminist.” But what exactly is feminism? "To me, feminism isn't some complicated definition that takes a lot of explaining," Ruby said. "It's as simple as men and women deserving equal rights—in every sense. That's how I learned it and it was always that easy.”

Despite how easy Ruby says it is to support the idea that we are all equal, there's still a stigma around the “F-word,” or even labeling yourself a feminist, for guys and girls alike. Ruby said the fear of being called a feminist comes from social pressure, but at the end of the day, people who know what feminism is really about won't shy away from the "F-word.”

"I think the fear of feminism stems from the fear of seeming aggressive. [People] don't want to call themselves feminists because they're afraid that it will make them unlikeable. I think men are also afraid of being called feminists for similar reasons, but for different adjectives. They're afraid of seeming too feminine or not manly enough, or seeming uncool to their guy friends.”

Ruby had some killer advice for girls who want to get involved and support feminism, and says young girls have even more power than we often think. "People don't realize how much they can do to support feminism. You can start a march or hold a rally at your school. Start a feminist club in your school, or join one that already exists. Write articles about feminism. People have voices, they just don't realize that they can use them now.”

Below, check out an exclusive excerpt from Ruby’s new book, which was released on Oct. 3. In it, she gets real about what feminism means to her, the challenges and inequalities teen girls face today and important issues from slut shaming to beauty standards to consent. 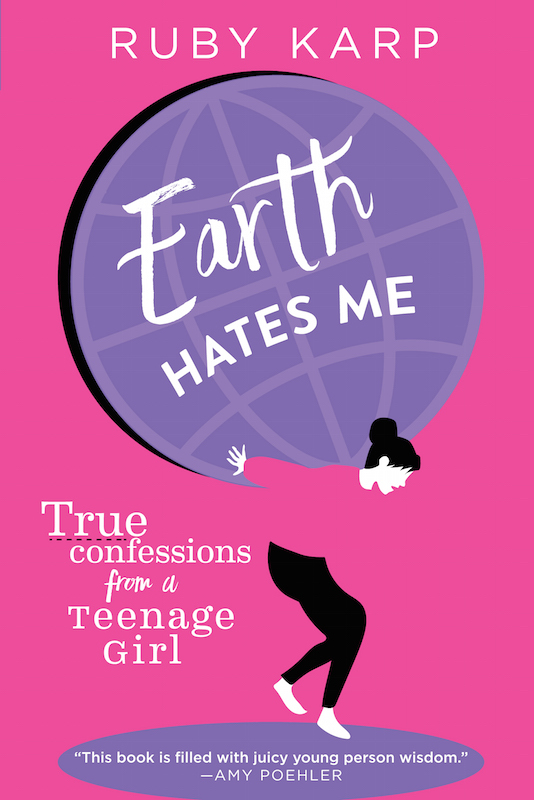 I had some understanding of feminism, at least in its most basic form, from a very young age. In kindergarten, my show-and-tell consisted of a small booklet of photos of me doing things that others might identify as “boy activities.” There were photos of me running, rock climbing, and posing with action figures. I explained to my class that, although I was a girl, I could do anything. But though I had heard of the concept of feminism at that time, I wasn’t yet aware of the fact that “feminism” was more than just a word my mom had mentioned. I also hadn’t experienced discrimination or exclusion for being a girl yet. I didn’t quite understand how necessary that word was and is until my fateful second-grade football game at recess.

To help me understand the concept of feminism, my mom explained it to me as such: feminism means that boys and girls are of equal value. That meant, in the world of second-grade Ruby, if a boy could play football and score a touchdown, so could a girl. That sounds straightforward, right? But I hadn’t been wrong—Lizzie Bennet’s mom probably wouldn’t have approved of girls playing football. People didn’t always believe that men and women were equal, and even today the concept of feminism seems to confuse some people. In our society, whenever the F word comes up in conversation, a lot of people get scared or uncomfortable. Many people avoid identifying as feminists, because feminism is perceived to be a dirty word. But it’s not.

Being a feminist simply means you believe in equal rights for men and women. Feminism isn’t about hating men and loving women. Feminism is holding the belief that we, as humans, are equal! Feminism means our gender or sex doesn’t define us or our worth as people. Is that such a scary idea?

I’ve been curious where this fear of feminism stems from. Why do people create negative stereotypes around feminists? Why is it that in the second grade, I was cut off from trying to play a sport I loved because I was a girl? To find my world-ending “eureka” moment, I recently posted a Facebook status that read: “Where, as a kid, did you learn about gender stereotypes?”

I got a variety of responses. People wrote that their gender stereotypes came from all kinds of sources, varying from their parents to Power Rangers to Disney movies. But the overwhelming majority said that school had instilled gender stereotypes in their minds early on. Girls’ bathrooms were pink; boys’ bathrooms were blue. In gym and other classes, kids were often separated into teams of girls versus boys. Kids went around singing songs like, “Girls go to college to get more knowledge. Boys go to Jupiter to get more stupider.” This song confuses me, because anyone going to Jupiter is most likely doing scientific research—and although chances of surviving that trip are slim to none, going to space is much cooler than going to college, in my opinion.

Surprising to me was that most of the responses I got were of people saying it was specifically their friends at school who influenced their thoughts and who pressured them into gender-specific roles and mindsets. I remember it being the BIGGEST deal in the world to sit with all the boys at lunch (“Only tomboys sit with all the boys at lunch!”) or to hang out with them after school. I never understood why. What was so odd about sitting with another group of humans, boys or girls?

Gender stereotypes arise from different places for everyone, but I was shocked by how many people either picked them up from their peers or were taught by parents or teachers that separating genders was the “normal” and natural thing to do.

A girl named Aria messaged me privately after I had posted my Facebook status and wrote something that caught my attention. Aria admitted that the first time she ever felt self-conscious about being a girl was in kindergarten. A boy went up to her and told her she was too bossy. And that stuck with her, to the point that as she grew up, she was constantly worrying about being too overbearing or too “aggressive.” She was taught that girls weren’t supposed to be loud and weren’t supposed to speak their minds. She said not only was it her peers who made her feel this way, but also her teachers.

When did it stop being okay to speak your mind, whether you’re a boy or girl? Aria’s message made me realize that she was experiencing something that happens to literally every woman I know. We seem to think that when we speak our minds we are committing some sort of crime—because whatever we’re saying might be different than what someone else thinks. But really, there is nothing wrong with stating your opinions. When did being smart and having real views translate into a woman being aggressive? We’re all so caught up in the idea of being “feminine” that we begin to fear owning who we are. Being called “bossy” just means you’re acting confident and in charge. A woman in charge is a woman in power, which adds to the power of all women. One woman’s success is a success for all women. So, when Aria told me she feared being seen as aggressive, I told her to take it as a compliment.

Do you identify as a feminist? Let us know what you thought of the snippet from Ruby's book in the comments!