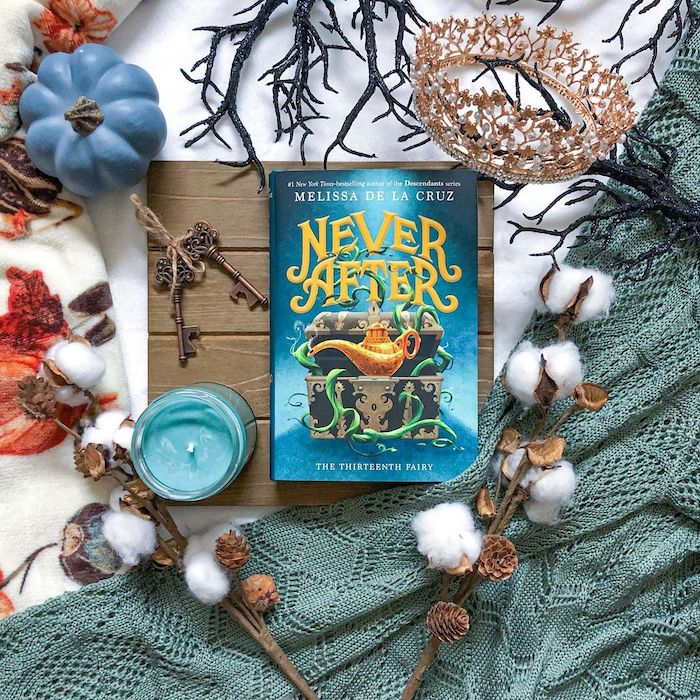 Hey, besties! We’re reading Never After: The Thirteenth Fairy by Melissa de la Cruz for our latest Bestie Book Club pick, and the third book (Never After: The Broken Mirror) comes out on Tuesday, December 6. Consider this your late-to-the-game guide to The Chronicles of Never After, but beware: Huge spoilers ahead!

The main character! She’s in sixth grade with curly brown hair and dark brown eyes. She *loves* to read, and her favorite book series is the Never After books written by a mysterious author. Filomena is brave, fun and fiercely loyal to the friends she makes in the land of Never After.

Filomena’s mom, Bettina Jefferson, is a British romance fiction writer who’s always nervous about deadlines—and her daughter getting kidnapped. Her dad, Carter Cho, is a Korean-Filipino mystery writer who is also very protective of Filomena. The two of them try their best to keep Filomena safe from the dangers of Never After but sometimes go a little overboard.

The hero of the Never After book series who *always* saves the day. He seems cool and charming but has trouble sharing his feelings and feeling supported. Jack is the last of the Winter Court and feels a duty to protect his world.

Alistair is more than just Jack’s best friend—he’s part of the Ali Baba lineage! His relentless optimism and kindness helps the squad on their journey as they try to save Never After. Although he gets nervous, they can always count on him to be there.

Gretel is a fashionably fierce character and an equally fierce friend to Filomena. She’s right there leading the charge against any ogres who dare mess up her hair. Gretel is unafraid to leap into action and tries to do the right thing, even if her emotions occasionally get the best of her.

BOOK ONE RECAP (Never After: The Thirteenth Fairy)

The Chronicles of Never After begin with Filomena on her way to buy the last book in her fave series, Never After. She’s waited *years* for this last book to come out, and it’s finally here! But everything goes wrong when she discovers the final book isn’t even written yet, let alone released.

She starts to go home, but a boy starts following her. After a surprise attack from the evil queen, he reveals that he’s Jack Stalker, the hero of the Never After books! They end up tumbling through a portal to the Never After world where fairy tales are true—but with a slight twist. There she meets Alistair, Jack’s funny and kind best friend.

While Filomena has to go back to school, the adventure doesn’t stop there. Jack and Alistair need her help to find Aladdin’s lamp before their evil queen can reach it first, so they head back to a portal into Never After. She meets one of the remaining fairies and helps Jack battle off ogres in his homeland. After the chaos dies down, the fairy Zera tells Filomena about the fairy Carabosse, who disappeared after cursing their missing princess. Everyone thinks she’s evil, but Zera knows her sister better. She discovers that Filomena carries Carabosse’s mark, meaning that Filomena is *from* Never After.

Filomena has to go home, but she rereads the books of Never After for any clues left in them. She discovers the books are changing from their original stories! Her parents reveal that she was left under a tree as a baby with a note to keep her safe from evil creatures.

Jack, Alistair and Filomena embark on an adventure to find dragons for proper weaponry and a cobbler to make armor. Instead of the cobbler, they find his daughter Gretel, who decides to join them to stop the queen. One small kidnapping by ogres later, and they’re on their way into the forest to meet the wolves. Not the big bad wolves, though– that’s another tale that got twisted!

They finally get to the caves where Aladdin’s lamp is hidden, but Olga’s ogres are there waiting for them. Queen Olga tries to use a wish to ask where the missing princess is, and they find out it’s been Filomena all along. Filomena manages to wish Olga away from the caves and returns back home to fill in her parents on all her adventures.

The peace doesn’t last long, however. Over dinner, Jack, Alistair and Gretel knock on the door, asking for her help to find the stolen slipper from Cinderella! 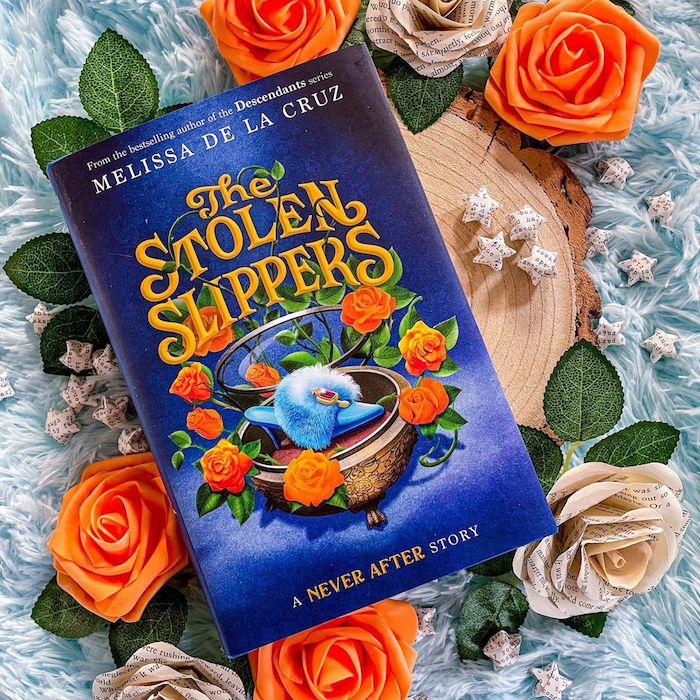 Book Two kicks off with Filomena and the rest of the squad back in Never After. They’re looking for a pair of glass slippers stolen by Cinderella, who turns out to be the wicked stepsister after all! The two actual sisters, Beatrice and Hortense, want the shoes back. They’re met by ogres, encounter some chippermunks and find the Weeping Tree where the fairies were all killed or dispersed.

The crew heads onward into the first where they find a boy named Rory living in a cabin made entirely of candy. Filomena, Gretel and Alistair eat all the candy they can and get trapped there with their memories gone while Jack tries to get them back. He triggers their memories with Filomena’s Never After books, and together they defeat Rory (who turns out to be an ogre). Hortense, one of the two sisters Cinderella stole from, shows up to help.

They make their way to Rosewood Manor, where the twins Hortense and Beatrice live, and their whole backstory is explained. Prince Charming (aka Prince Charlie) and Hortense are in love, and she expected him to propose at the royal ball—but her invitation mysteriously never arrived. Hortense believes Cinderella stole the slippers due to their mother’s vision of Prince Charming dancing with her in the glass slippers.

All of the squad splits up to enact their plan, sneaking their way into Wonderland’s castle in disguises. They discover the Queen of Hearts is Cinderella’s mother and nearly get ahold of the glass slippers, but Beatrice and Filomena get caught at the last moment. The duo is sent off to the Beast’s dungeon, where Beatrice and the Beast fall in love after Filomena realizes they’re the story of Beauty and the Beast.

Jack and the rest of the crew find the Beast’s castle and discover the Beast is actually Lord Byron, Jack’s friend, cursed to lose his memory and never to leave the castle. Jack and Filomena travel to Jack’s home, Vineland, to look for a cure but find it under attack. The fairy Sabine helps them win and warns Jack that Byron’s cure will come with a sacrifice.

The day of the royal ball arrives, but they still haven’t gotten the slippers. Hortense goes anyway and Prince Charlie dances with her upon her entrance. When the clock strikes midnight, the glass slippers come flying off Cinderella's feet as she transforms into an ogre! The Queen of Hearts transforms into Queen Olga in disguise and a battle breaks out. Filomena, Jack and their friends manage to win, but Olga and Cinderella disappear.

Byron’s health fails, so they race to him after the battle and arrive just in time as he's dying. Jack wants to sacrifice himself, but Byron’s caretaker Miss Prickett stabs herself in the heart instead. She heals, though, revealing herself as the *true* Queen of Hearts. The book ends with a lovely double wedding of the twins. Just as Filomena is leaving to go back to California, a message comes—Olga is attacking another part of Never After!

Ready to read Book Three of the Never After series?
Tag us with your thoughts on Instagram @glbestiebookclub!

More book recs, right this way...
✨ Our December Bestie Book pick is this season's magical must-read
✨ Everything you need to know about the world of fanfiction
✨ Must-read graphic novels for basically every genre

Slider via @bookbriefs I Top image via @turnthepagetours