Is winning back my ex worth it? 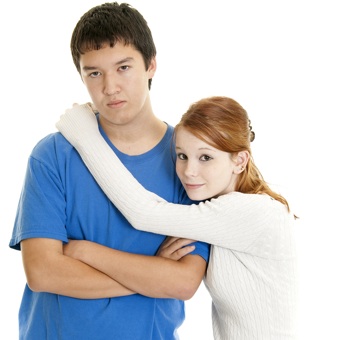 I broke up with my BF and now I want him back. But he thinks I am such a loser and a geek. How do I get him to go out with me again, and to make him stop being such a bully?

His Answer: “Even though we don’t show it, we take break up personally and can get feel really hurt,” says Eric, 16.

Decoded: If you broke up with him then he may sill be a bit bitter about it and has changed his opinion of you. His mocking can seem like bullying but it is his way of covering up the fact that he is upset with you breaking up with him.

Your Move: If he is acting this way, then is he really the kind of guy you want to date? And if you already broke up with him once, try and remember those reasons and see if you are ready to overlook them now. Chat him up and let him know that his bullying is a little mean and see if you can at least be civil with each other. Then, build your friendship back up before you jump right back into the relationship.
Love this post? You’ll heart these, too!

POSTED IN guys, Dating, GL's best guy advice, dealing with a breakup, ex boyfriend Q & A, mean, bullying 101, how to deal with a bully