How to get out of a relationship funk 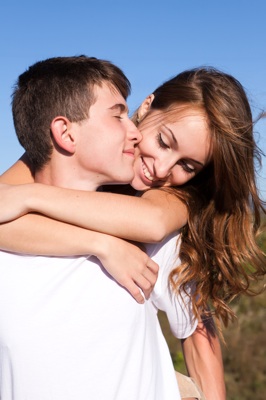 My boyfriend and I have been dating for over a year. We are freshmen in high school. When we first started dating we had so much fun together. Now, we only go out like once every three months. I miss hanging out with him. How can I get him to want to plan more dates with me? Also, I need some new conversation tips!
Your relationship sounds like it’s going through a dull patch. No worries, it’s totes fixable! First, put effort into hanging out with your BF more. Relationships don’t look after themselves. They need to be maintained. If he’s iffy on fancy-shmancy dinner, ask him to come over to work on homework together after school or suggest a cute and low-budget date idea. (Psst! We've got tons here.) Okay, we know you would rather have him be the one to initiate plans, but, hey, relationships are all about compromises. This is way better than not hanging at all, right?
Another crucial tip is for you to really listen to what your guy is talking about. Not just smiling and nodding when he talks to you – give him feedback, too. So, he says he needs to get his mom a present for Mother’s Day but doesn’t know what to get her? Help him out by figuring out what would be the perfect gift for her. Ask him questions about him because, let’s face it, everyone loves talking about themselves!
Your BF will love if you compliment him. Ya gotta do this the right way though. Telling him “you’re awesome!” sounds nice, but it’s so generic that it can sound insincere. Rather, compliment him on something specific and really mean it. Saying something like, “You stayed so chill and relaxed when that guy was being rude to you. That was so cool!” will really stick. Try it!
As far as new convo tips go, ask him about school, his fam, his friends, his fave shows and just about everything in between. More importantly, try listening to him more than talking about yourself. Don’t over think anything though. Stay relaxed and your relationship should be way back on track. Good luck, girl!
Love this post? You’ll heart these, too!