My BF says he's gay. Should I believe him? 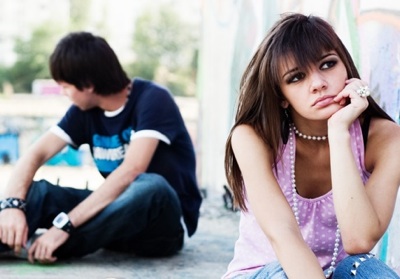 Last night my BF dumped me over Facebook. When I asked why he said it was because he is gay. If he's gay than why did he go out with me? Should I believe him?

Hey girl! It comes down to how he said it. If he was being really short with you and not being gentle with the news, you know he was probably just trying to cover up his embarrassment at dumping you so suddenly and in such a rude way. Guys use inappropriate terms sometimes to take attention away from their actions and put it on the bad words; that way, they’re less accountable for the mean stuff they just did.

But if he seemed shy and he wouldn’t talk to you after, or especially if he said that it was a secret, don’t explode at him. Sexual preferences are noticeable at a different age in everyone. He may have really liked you until he started feeling other things – and that’s totally fine! He might be nervous about being accepted, because many times LGBT teens are bullied and can get really stressed out just by interactions with others at school.

If you can’t tell, try to talk to him about it. Don’t fume for about a week (that way he’ll have calmed down, too), and then surprise him by being nice and asking what’s up. If he lets the conversation continue, bring up what he said. It’d be best to do this in person to make sure you’re able to gauge his reactions, but if you have to, over the phone or online is okay, too. Be sensitive, and don’t push a topic if you think it’ll make him too uncomfortable. Good luck, girl!
Loved this post? You’ll heart these, too!