Getting over an ex? How to avoid a rebound relationship 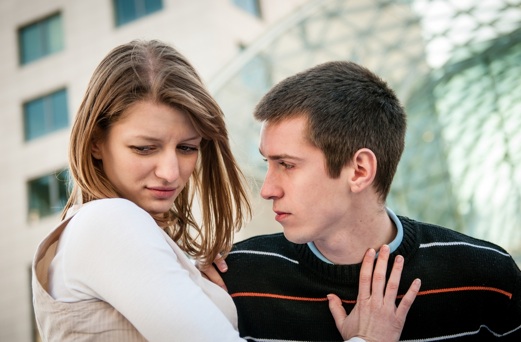 There's this guy that’s new to my school. I don't know him that well, but lately he's been hanging around me and flirting with me. I'm just getting over my last BF. What do I do to let him know I'm not interested?
Sometimes you have to remember that being the new kid in school can be rough, and this guy doesn’t know anybody. Often guys flirt because that’s just how they interact with girls, and although he could be crushing on you, he might just be looking for some friends.
Still, there are a few subtle ways to let him know that you aren’t looking for a BF at the moment without flat out telling him. Introduce him as “My friend_______.” If he’s crushing on you, he will pick up on the subtle use of the word friend and know that you don’t see him as anything more. And if he starts chatting with you in class, ask a neighboring student for input. Bringing someone else into the convo gives you an opportunity to get out and makes everything less personal.
In the end, you’re going to have to be honest with him. He wouldn’t want to be the “rebound guy” when you’re just getting over your last BF. If he’s truly crushing on you, he wants to mean as much to you as you do to him. It might hurt him a little at first, but he will be thankful for it eventually. After a while try setting him up with one of your girl friends, nothing soothes a broken heart better than a new love interest.