The do's and don'ts of dealing with a breakup 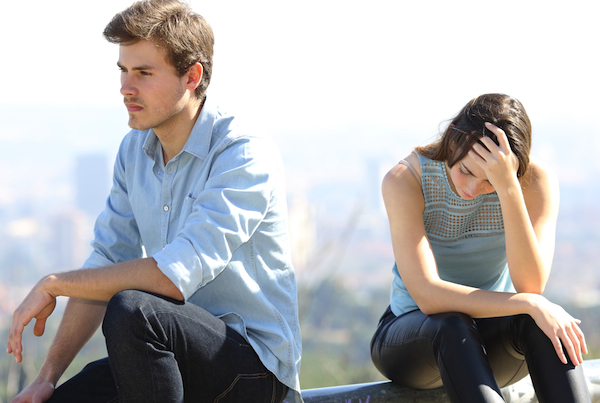 The dreaded breakup—everyone goes through them at one point or another and the way you handle it says a lot about you. It’s easy to get caught up in the moment and say things you shouldn’t or do things you later regret, but don’t let this be you. Be the classy, sassy girl you are and handle breakups the RIGHT way. Here’s how.

DO give yourself time to wallow

No matter who initiates the breakup, ending a relationship stinks. Don’t expect to be OK the following day, or even the following week. Give yourself a little time to sulk. You don’t have to go overboard with the stereotypical cake-cheetos-tear-jerker-fest (although we’d seriously recommend it), but let yourself grieve the loss of your relationship. If you need to cry, cry. If you need to yell, scream into your pillow. You can’t fully move on until you’ve rid yourself of the past and wallowing is a great way to do just that.

Or Facebook. Or Instagram. Or your personal blog. Or any other form of social media you can think of. Get the point? Talking bad about your ex is tempting, especially if the relationship ended badly, but you HAVE to resist the urge. It’s not cute, it’s not classy, and it is so not worth the drama. Same goes with posting those sappy and/or vengeful Taylor Swift lyrics (we all know the words to “We Are Never Ever Getting Back Together” is aimed at your ex).

DO hide him from social media

A lot of girls would say, “Delete that dud now” or “Unfriend that freak ASAP” but what good would that really do? Ridding your ex of a social media friendship can be helpful when going through a breakup, but it may seem a little rude or make you look immature. Instead, hide your ex from your feed. That way, you don’t have a constant reminder of him with his pics, videos, and personal posts popping up all the time. The less you see him, the easier it’ll be to move on. Plus, no one can see that you actually hid him—they’ll think you’re just the mature ex girlfriend taking the high road.

DON'T throw away all the stuff that reminds you of him

Instead of tossing all the prezzies your ex gave you, throw them in the closet or somewhere in the attic so it’s out of sight. Sure, dumping that Valentine’s Day teddy bear can be cathartic, but you’ll regret it in the long run. Think about it: When you’re 45 years old, don’t you want a little something from your high school boyfriend to help you reminisce over your teen years? Maybe you’d want to save a love letter from your middle school flame to show your daughter over ice cream. In 10 years you’re probably going to want that monogrammed heart-shaped necklace your ex-boy bought you, so save yourself the turmoil and just keep it.

DO pick a new hobby to occupy your time

You were probably spending a lot of time with your ex, and since that relationship has ended, you probably have a lot more time on your hands. Instead of moping around reminiscing on all the great times you’ve had (girl, it wasn’t that great), try out a new hobby. Always wanted to paint? Head to the nearest craft store and buy a canvas. Dying to try your hand at pottery? Sign up for a class! There are thousands of cooler things than thinking about your former flame. Trust us!

DON'T be that girl

Everyone has that friend who has become that girl after a breakup—the crazy one. There’s no need to go psycho after you’ve been dumped. If you aren’t 100 percent sure he’s “the one,” don’t beg him to take you back. Same goes for waiting for him at his locker, baking him cookies and any other move that might make you look desperate, OK?

DO fake it ’til you make it

You know how you’re supposed to pretend like you’re really confident before a presentation even if you’re not? The same goes for happiness. If you smile enough, psychologically, you will become happy. It’s a scientific fact. Don’t let breakups get you down! Happy girls attract happy people (ahem…happy guys). So slap a smile on your face and don’t be afraid to let out those laughs. In time, you’ll be back to your normal self.

Got any other breakup advice? Leave it in the comments below!