When the right guy just isn't right for you 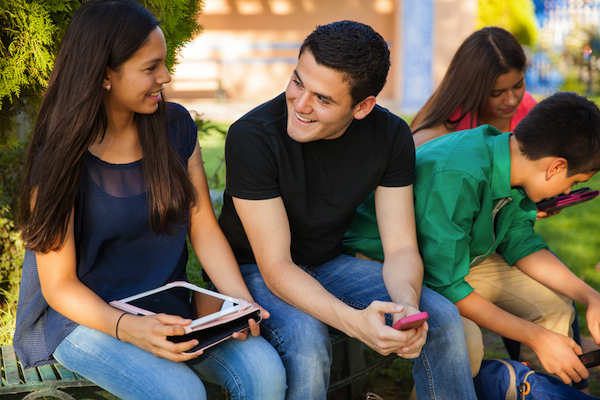 He’s cute, charming, smart, funny...The list goes on and on. Most importantly, he has total heart eyes for you—but for some reason you’re not head over heels for him.

Don’t worry, there’s nothing wrong with you. He might be the "right guy," but if you're not feeling it, he’s just not right for you.

The first thing to realize in this type of situation is that you have to do what’s right for you, not what others think is best. Your friends may all be telling you to go for it, but that’s just because they want you to be happy. The thing is, only you truly know what will get you there. No matter how great this guy may seem, if he isn’t the one for you, he isn’t the one for you. It’s as simple as that.

What not to do

He’s clearly a nice guy who definitely likes you, and we get that it’s nice to have attention from a cutie sometimes. However, this doesn’t give you a free pass to lead your admirer on. Even though it might feel awkward, talk to him and tell him you just want to be friends. Then make sure not to send him any mixed signals. Another thing to remember is to try not to act awkward around him. If you just act like his friend, everything will go back to normal in no time at all.

A lesson you can take away from this is that just because you don’t feel the same way about a guy, doesn’t mean he isn’t a great person. And remember that the same is true when your crush is the one who doesn't like you back. Feelings are tricky, and sometimes people just don’t share them. It’s not the end of the world, and it means there’s someone better out there for both of you.

Have you ever not felt the same way about a guy who’s crushing on you? Tell us in the comments!