This guy *really* knows his bae and her nails 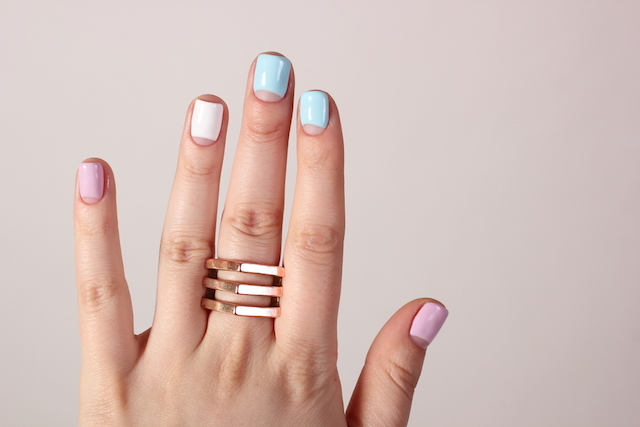 Have you ever felt like you and your BF are so connected that it’s almost like you’re reading each other’s minds? Turns out, that can *actually* happen. Well, sort of.

Even though they've been dating less than a year, Riley and Trent from Ohio totally have that special bond. The proof is in this single text exchange: 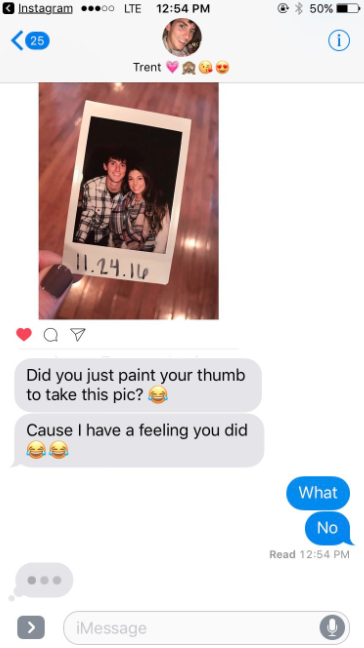 Before taking a picture of a her hand holding a super cute Polaroid pic of the couple, Riley did something pretty clever: She painted the only visible nail (her thumb) for the shot and then sent the pic to her sweetie. Trent knows her so well that he was able to catch her sneaky trick. He replied, “Did you just paint your thumb to take this pic?” 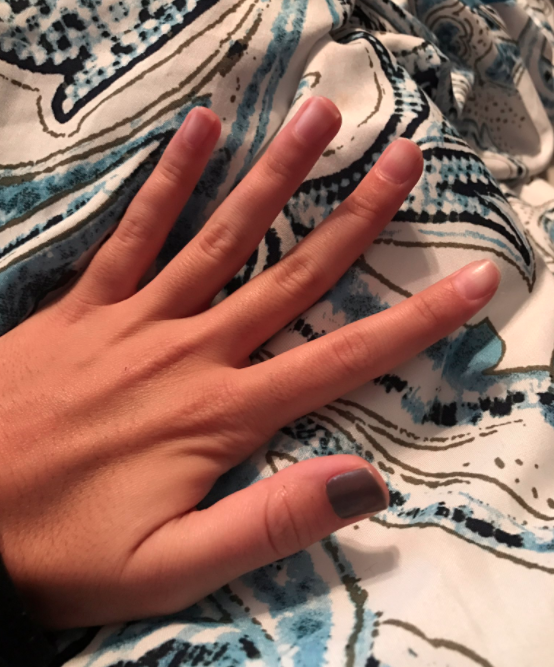 Riley tweeted a screenshot of the text next to a picture of her hand which only had her thumb painted along with the caption, “I’m embarrassed." The tweet went viral and Twitter users were commenting like crazy on how adorable the little exchange was.

It's obvious these two are super connected. According to a study conducted at University of Technology, Sydney in Sydney, Australia, certain bonded couples are “physiologically aligned,” meaning they are extremely in tune with one another's thoughts and emotions because their nervous systems are in harmony. Talk about wow!

Have you ever used Riley’s photo hack? Are you and your bae super in-tune too?