6 dos and don'ts of playing hard to get 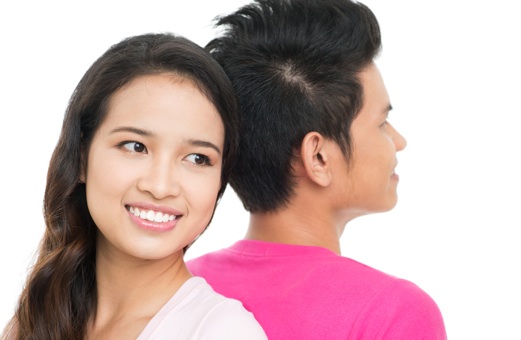 When it comes to guys, you never wanna appear too eager. Guys love the challenge of chasing after someone they can’t get so easily. But you gotta be careful not to give him too much of the cold shoulder, or you could risk completely scaring him off. Find the right balance with these dos and don’ts.

Don’t: Make yourself impossible to schedule things with.

Dial down the giddiness when he asks you to hang out. You don’t wanna seem like you have nothing else to do. But if you actually are free, and you want to see him—see him! He’ll lose interest if you you’re too unavailable.

Do: Make him wait.

If he’s trying to move things too fast or too soon, let him know you want to take it slower. Saying no isn’t going to turn him off, but instead attract him even more to you. He loves what he can’t have.

Don’t: Respond immediately to every text he sends.

If you always reply 30 seconds after he sends a message, he’ll start to think he has too much power. It will seem like you’re sitting around, hovering over your phone, just waiting for him to respond. Even if this is true, he can’t know it!

Do: Take some initiative.

It can be hard for a guy if it’s always up to him to make the first move. He’ll get the vibe that you’re not that interested in him if he always has to start convos and introduce plans. Step up and make plans every now and then, so that he’ll know you’re still plenty interested.

Sure, you shouldn’t be all over him, but don’t be cold to him either. Sometimes when you’re playing hard to get, you might be tempted to be mean in order to make him think you’re not that interested. But, this can backfire and leave him thinking you’re rude and he won’t want anything to do with you.

Do: Keep it vague.

Avoid laying everything on the table right away. Leave him curious about you and wanting to know more. You want to remain interesting, and by being a li’l secretive, you will.

+ Should you get your crush a gift? Bill and Dave weigh in…

+ Holiday date ideas you and your guy will heart

POSTED IN guys, Dating, GL's best guy advice, how to get a BF, how to flirt, crush crash course, playing it cool