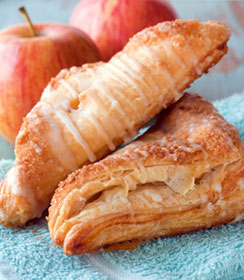 There's no sweeter way to turn over the new year than with this easy and delicious turnover recipe.

1. Allow one pie crust pouch to stand at room temperature for 15 to 20 minutes.

2. Preheat oven to 375 degrees (F.). Remove the pie crust from its pouch, unfold it and remove the top plastic sheet. Press out the fold lines. Place on ungreased cookie sheet, and remove remaining plastic sheet.

4. Spoon fruit mixture evenly on half of crust to within _ inch of edge. Fold remaining side of crust over fruit, and press crust edges firmly to seal. Flute edge, and cut small slits in top of crust.


6. Sprinkle with sugar.
7. Bake for about 15 minutes or until the crust is flaky and golden brown. 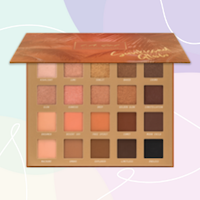