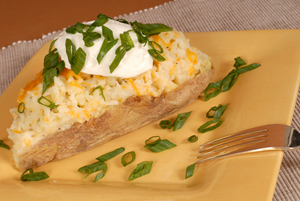 Twice baked is twice as nice. Creamy deliciousness in a potato skin, twice baked potatoes are a great way to spruce up an otherwise boring and bland potato. Its like mashed potatoes only better.


Preheat oven to 350 degrees. Bake potatoes for one hour. While the potatoes are baking cook the bacon. Let it cool and then crumble it.
Once the potatoes are cooked and cooled, slice them in half lengthwise. Using a tablespoon, gently scrape the potatoe out of the skin and put it in a large mixing bowl. Do this for all of the halves. In the mixing bowl add sour cream and butter. Mix until it is creamy. Add milk if it is still a little dry. Add salt and pepper to taste. Spoon the mixture back into the skins. Cover with cheese and bacon and then bake them again for 15 minutes.
By Jana Konys 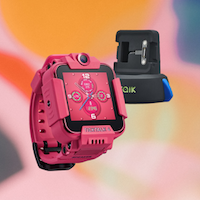