10 "healthy" foods that surprisingly aren't that good for you 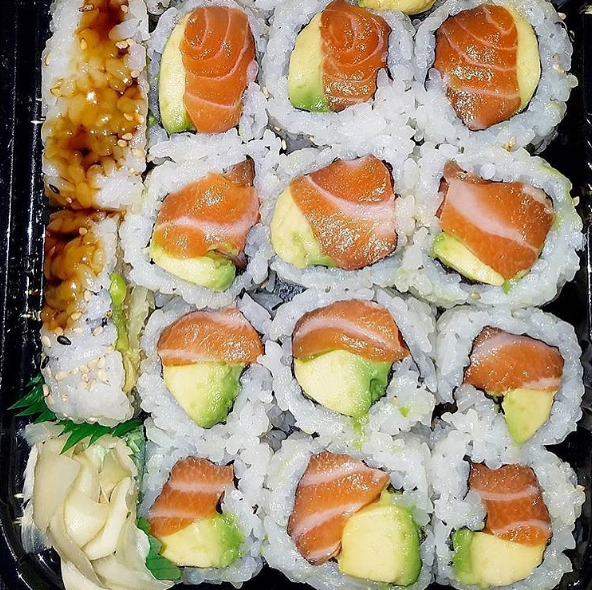 When it comes to eating a pretty balanced diet, you might think you have it all figured out. Just eat a granola bar instead of a chocolate bar and drink a Vitaminwater instead of soda, right? Wrong! Sure, chocolate bars and soda can be switched out for something with less sugar, for example, but some of the foods that are advertised as “healthy” really aren’t so great for you, either. Here are ten so-called “healthy” foods that might surprise you...

Baked potato chips
Don't be fooled by labels like “baked,” “low fat” or “gluten free” chips because, even though they may have less calories than those Doritos you were originally going to pick up, they still contain a large amount of sodium and fat. That includes pita chips, Popchips and even veggie chips, too.

Enhanced water
TBH, some drinks like Vitaminwater actually have as much sugar and fructose as Coca- Cola. Yikes. Not to mention the vitamins and minerals in them are micro-nutrients that you most likely already get enough of in your normal everyday meals, and in some cases higher than necessary levels of those nutrients can actually be harmful. Our advice? Just drink regular tap water. Or add flavor to your glass with slices of fresh fruit.

Bran muffins
Sorry, ladies, but swapping your double chocolate chip muffin out for a bran muffin really isn’t doing anything for you. But bran is good for you, you argue. Yes, bran is a whole grain that’s an excellent source of fiber but it becomes much, much less nutritious once mixed with sugar, flour and fat and baked into a muffin. Depending on the size, a bran muffin can be more sugary and not-so-great than a donut!

Sushi
Fresh fish, seaweed, small portions—what could possibly be wrong with that? Well, sushi rolls tend to have a lot more sticky, white rice than they do fish and veggies and the calories from that (esepcially if you get the fried tempura kind) can add up quickly. In fact, one spicy tuna roll is equivalent to eating one and a half tuna sandwiches made with full-fat mayo. But we're still going to eat it when we have girls' night out, obvs!

Spinach wraps
While wraps can be a healthy alternative to white bread, just because something is green doesn’t mean its healthier. There is very little spinach in the tortilla so you would most definitely be better off using a whole grain wrap and adding raw spinach leaves to your filling.

Rice cakes
Don’t let their light weight and airiness fool you. This health food cliché lacks fiber and can be high in sodium. And let's be honest, they don't taste like *anything* so what's the point?

Flavored instant oatmeal
While it might be nice to microwave your cinnamon raisin oatmeal for two minutes and be out the door, instant oatmeal, unfortunately, doesn’t have fiber nor the whole grains that make oatmeal such a healthy source of energy. The instant stuff is high in sugar and has refined grains that will leave you starving by mid-morning. It’s worth it to spend the extra time making your breakfast with the old-fashioned oats and then adding a pinch of cinnamon and some raisins. Not only will it taste more delicious but it’s way more nutritious.

Packaged turkey
Turkey is an awesome source of lean protein and we get that the pre-sliced package is easy to just slap on some whole grain bread and throw into your lunch box before you scoot off to school, but many brands load their packaged turkey with salt. Not to mention it is heavily processed.

Which of these surprised you the most? Let us know in the comments below!