Which is healthier: brown rice or quinoa? 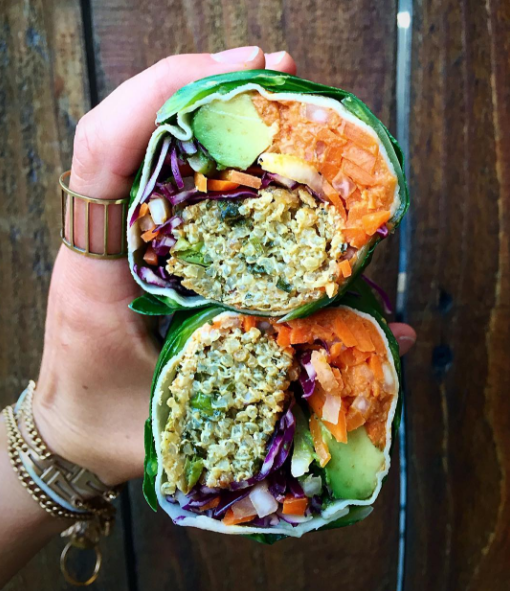 Wander the aisles of any grocery store and you'll quickly find that there are *so* many kinds of grains and seeds, from cous cous to barley to sprouted wheat. But there are two that get the most attention in the health world: brown rice and quinoa. While both are a great substitute for plain old white rice, we often wonder which one is *actually* better for you. We put them to the test below to find out which you should be packing in your lunch tomorrow.

More protein power = quinoa
A major reason why whole grains are so trendy RN is because they keep you fuller longer than regular white rice, pasta or bread. That's because of the protein. A cup of brown rice has about five grams of protein whereas quinoa has eight grams. That's almost twice as much!

More fiber = quinoa
Fiber is another nutrient that keeps you full and also helps with digestion. While quinoa and brown rice are almost tied on this one, quinoa still pulls ahead with five grams compared to brown rice's four.

More iron = quinoa
Iron is an essential mineral that helps keep your red blood cells healthy and flowing. Without it, your bod doesn't get enough oxygen which can lead to all sorts of probs, the most common being fatigue. And with over 10 percent of women deficient in the mineral, it's important you make it a point to get enough of it. One cup of quinoa can give you 15 percent of your daily iron needs. The same amount of brown rice gives you five percent.

More folate = quinoa
Folate is *super* important for girls (you've probably heard of folic acid, right?) because it helps replace the blood you lose during your period and also gets your body ready to one day be pregnant. You'll get two percent of your daily intake from brown rice and 19 percent from quinoa.

And the winner is...
We have to say quinoa primarily for its protein, fiber and folic acid (but rice lovers, don't fret...obviously brown rice is still healthier than its white counterpart!). And since cooking quinoa can be a bit of a tricky science, we found the *perfect* solution to your lunchtime struggles: "instant" quinoa from Keen One. It's like a cup of noodles but way better for you. These on-the-go meals come in six delish flavors from chipotle to jamaican jerk and only take a couple quick minutes in the microwave. So easy and so yummy.

Do you prefer brown rice or quinoa? Let us know your fave in the comments!