Letting go of what you love: Gymnast Shawn Johnson begins the rest of her life 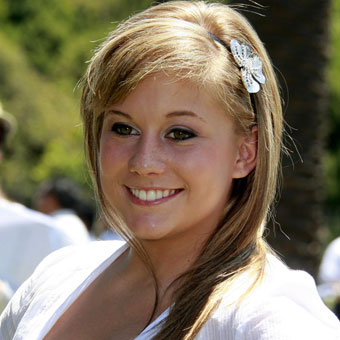 So you’ve won four Olympic medals, rocked “Dancing With the Stars,” appeared on Oprah and written a book. Now the question is: what more can you do with your life? Well, Shawn Johnson is about to find out. Because of a knee injury that has destroyed her chances of ever returning to the Olympics, the gymnast is moving on from the sport that has defined the first 20 years of her life.

Shawn traveled to Beijing with the American Olympic team in 2008, when she was only 16 years old. She ended up bringing home several medals, including a gold. Since then, she has been a superstar, judging the Miss America pageant, speaking on talk shows and being a role model for girls in every state.

Recently, though, she has had to accept that the torn ACL she suffered during a skiing trip in 2010 is never going to fully recover for her to be a competitive gymnast. She had hoped to make it to the Olympics in London this year, but with a knee that hurts every time she pushes it a little too much, she’s not quite balance beam-ready. So, Shawn is doing the smart thing: retiring from her sport.

Just because she’s stepping off the mat doesn’t mean that Shawn’s life is over, though, and she’s not gonna sit at home twiddling her thumbs. This active gal is shootin’ for the stars, and why not? She’s been dancing and chatting with ‘em for years now. So far, Shawn plans on headin’ to college next fall and using the hours and hours she had been devotin’ to practice for charity work and summer camp coaching. She’s open to change, too, and knows that she’ll prob end up jumpin’ into all kinds of unexpected activities.

So what can we learn from Shawn’s smart choice to save her strength for new adventures?

Shawn knew her knee couldn’t take the stress of competition. So instead of messing it up even more and possibly destroying other parts of her life, she’s going to take what she has and put it toward new projects. Take the hint from Shawn, and don’t risk losing out on your life goals for a tiny bit of fame now – go easy on your bod so it’ll last you through the rest of your adventures.

2. Your sport doesn’t define you

All gals have tonsa talents, and you just have to find somethin’ new to be awesome at. Just look at Shawn – she’s been a gymnast, a dancer, and an author. And that’s just the beginning!

You might think that you’ll never be as good at something else as you were at your star sport, but just remember that if you did it once, you can do it again. And if you don’t shoot for the moon, you’ll never know what you could’ve done. So find a new niche, and rock it!

So, you have to quit your fave sport? Use your free time to benefit others. You must’ve learned about compromising and working hard from being on that softball or field hockey team, so think about how you can use those smarts to help people, like Shawn plans to do through her coaching and charity work.

When you’re stuck with tons of free time, how do you get into new activities, babes?

» Get fit in time for swimsuit season! Sign up now for our free weekly Get Fit Fast newsletter

» What is going on down there?! Our latest body Q&As