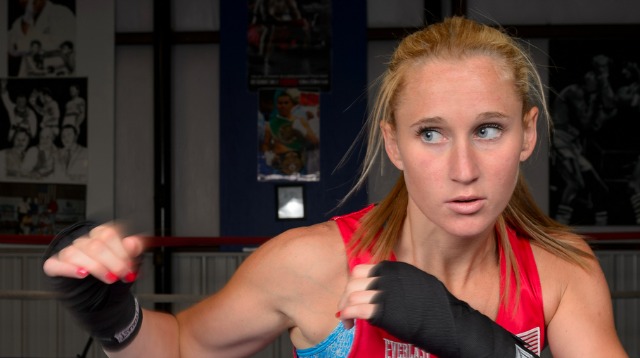 We sat down with Olympic boxing hopeful Ginny Fuchs, 27, to talk boxing, body image and beating the odds. Read on...

I’ve been involved in athletics since I was little—my dad taught me how to water ski when I was four, and I started doing team sports in second grade. I was always a big runner, and I actually went to LSU as a walk-on for the cross country and track team. Around the end of my sophomore year, I met a professional boxer and was helping him train. Long story short, he took me to his gym and I picked up on everything really fast; I fell in love with the sport right away. The coach there saw a lot of potential in me and asked if I wanted to start training to compete.

So how did you make it to the Olympic level?

I started competing at the state level in Louisiana, but I was doing really well there, so I started boxing at the national level. Around that time was when they announced that they were going to have women's boxing in the Olympics for the first time ever—and I decided that it was my goal to get there. This past October, I won the Olympic trials and made the Olympic women's boxing team.

That's incredible! But I know things weren't always so easy for you.

No, definitely not. Growing up, I struggled a lot with OCD, and around middle school, that obsession turned toward my body. I started following a really strict diet, and soon I was suffering from anorexia. I ended up having to go into an in-patient program.

What helped you get better?

I had to change my relationship with my body. When I started running and broke the mile record at my high school, my thought process started to change. I recognized my athletic talent and wanted to take care of my body so I could perform at my best. It's sort of funny that I ended up in a sport where I have to pay attention to my weight, but now I love nutrition and figuring out how to fuel my body. It gives me so much confidence. 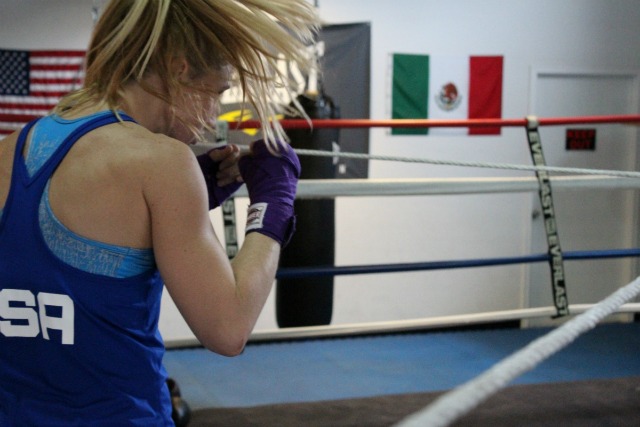 Good for you. Is it hard to keep that confidence as a woman in a male-dominated sport?

Well, it's not easy. We don't get treated the same as men—we have to fight a little harder to get what we deserve. But things are getting better, now that women have gotten international recognition in the sport. We just keep sticking it out, letting them know that we're boxers too. We do the same thing as men, and we deserve to be treated the same. Actually, a lot of the times coaches will tell us that the women actually work harder than the men. We definitely don't play around when it comes to our sport.

Loving the girl power! But how can girls who aren't as *literally* powerful as you find that same confidence?

Nothing else matters if you believe in yourself. You have to concentrate and work hard to achieve your goals. Don't listen to what anyone else says about what you can or cannot do—know what you're capable of. And if you aren't sure that you can do it, you just have to try.

What are your goals, GL girls? How will you fight to achieve them?