Why you should take your BFF to the gym with you 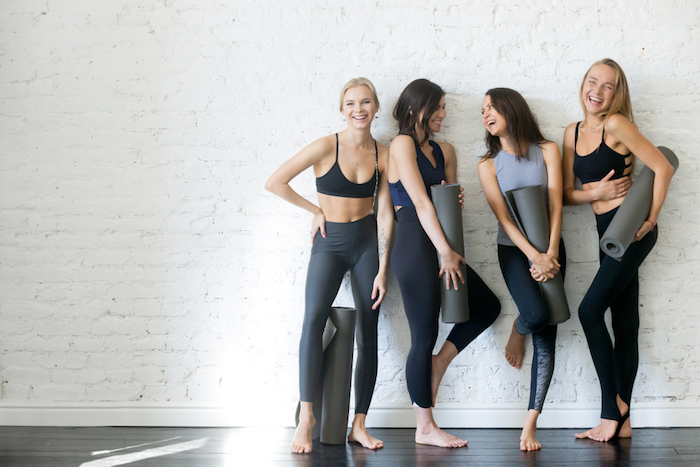 Working out can sometimes seem like a total drag, especially when you’re waking up for that 6 A.M. run by yourself. Turns out, the buddy system isn’t just for elementary school field trips. Next time the thought of hitting the gym starts to drive you a little crazy, make it a BFF gym date. Here's why two is always better than one.

You’ll be there
Though it might be easy to hit the snooze button when you’re going it alone, it’s harder to do when you know your bestie is waiting to go running with you. If you’ve made plans with your buddy, you’ll be less likely to bail on workout.

You’ll burn more calories
According to a recent UK study, you’ll burn about 41 more calories per workout session when you’re hitting the gym with a buddy. It might sound a bit crazy, but working out with your BFF a few times a week could mean you’ll be able to go for a second slice of cake without feeling guilty.

You’ll train harder
On top of burning more calories, studies have shown you’re also more likely to work harder when you’ve got someone to workout with. A study conducted at Michigan State University found that subjects pedaled twice as long when they were told there were other women virtually spinning with them.

You’ll score some quality friend time
Not only does working out with a friend have seemingly endless physical benefits, it has an emotional one, too. Having a workout buddy means having a friend to vent to while you’re finishing that set of pushups.

You’ll pick up new skills
Tired of your everyday run and ab routine? Finding a friend with a different skill set than you can do wonders to your workout routine. While you can share you core training knowledge, your buddy can help you improve your squat form. Sounds like a win-win.

Do you workout with your BFF? Share in the comments below!