Snag that dream job: I wanna...be a news correspondent 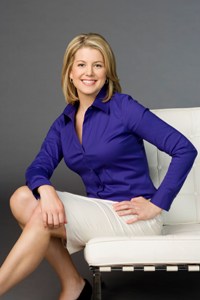 Have you ever wished you could be a reporter on the evening news? Do you look up to all those news correspondents and hope that one day you could be telling the stories of the day on live television?

We spoke with Brianna Keilar, a congressional correspondent at CNN, and she let us know what it takes to be a television reporter and how to turn your goals into reality. Read on to see what she had to say.

GL: When did you first become interested in TV Journalism?

I first became interested in high school. I was a senior taking a video production class. I was actually the sports reporter and I just had a lot of fun doing it.

When I went to college I decided to major in mass communications and in psychology, and I did some reporting for the school newspaper. In my last year of college I interned at a TV news station in the news room. I loved it! I just thought, “I can’t even believe I can get paid to do this.”

GL: What influences or role models do you have in your field?

I look to a lot of women who have been successful: Katie Couric, Diane Sawyer, Barbara Walters and of course, Candy Crowley at CNN. She’s just amazing. She’s set the bar for political reporting and doing it with her own style.

The common denominator is that they’re very hard workers. You can’t be successful in this business unless you commit yourself 100 percent and put a lot of really hard work into it.

GL: What’s a typical work day for you like?

Before you come in, you have to get smart on what’s going on. You review the reporting that you’ve done up until the night before, and read newspapers to see if some other news organization has news that you don’t.

[Then you] decide what the story of the day is. I’ll talk with my whole unit of producers, then we’ll track down law makers, make calls to our sources and just see if anything is changing.

As we get more info we put it on TV. Because it’s a cable news network we’re on air all the time.

I think it’s really fun to have a niche. There’s a saying about reporters that our knowledge is an inch thick and a mile wide, but when you’re a beat reporter it’s not true; you actually get to concentrate on one area, [but] you’re [still] learning about tons of different topics.

GL: What goals do you have for your future career?

Honestly, I’ve gone so much farther than I initially thought I would be able to when I got started 10 years ago. I’m taking it wherever it’s going to go.

I also don’t presume to know what the next step is or what my ultimate goal is, because I love what I’m doing now. I’ve set a lot of goals for myself and I’ve surpassed a lot of them, so I’m just enjoying the moment and seeing what comes next.

GL: What advice do you have for girls who want to pursue a career in TV journalism?

You have to be curious. Ask questions. Also, expose yourself to opportunities in journalism, whether that’s writing for your high school newspaper or seeing if there’s some internship at your local channel. Get exposure to see if you really like it. It’s not easy work and that’s why its really good make sure you love it.

When you get started, you’re looking at people who are on TV: They’re accomplished, they’re polished and it seems difficult to achieve that success. But it’s not. You have to set goals that you almost think you’re not going to be able to meet because you’ll surprise yourself.