All my friends label me "the good girl"--and I'm sick of it! 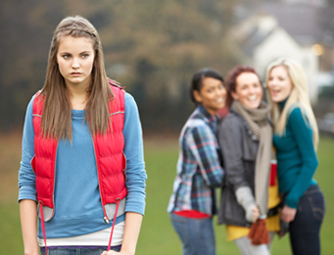 My parents are fairly strict about me going out alone to the mall and stuff (I'm not blaming them). My friends think I'm a party pooper because I follow the rules. What should I do?

Hey girl, it can be hard being the good girl when all the cool kids seem to be bad. Let me start by saying, however, as tacky as it is, the good girl does win in the end. What does she win? Her parents’ trust, which can open the doors to more privileges and responsibility.


True story: Like you, I’ve been a good girl all my life. Even in college, I still call my parents regularly. In high school and middle school, I didn’t sneak out; I didn’t lie. I followed my ‘rents’ rules. When I wanted to go to the mall and my parents insisted on coming with me, I let them. When they told me to call them, I did no matter how annoying it was. To my other friends, sometimes that could make me a stick in the mud when they wanted to do riskier things (like party, etc.).

By learning to say no, I learned how to resist pressure and ultimately say no for myself. Now when I make decisions, I still follow the good girl path because it’s smarter. I don’t feel pressured to follow the crowd and I’ve learned to make the right decisions for myself.


Looking Out For You

So why do your parents set all those unnecessary rules? Safety. It’s a dangerous world we live in and your parents need to know where you are should something ever happen. Think of those excessive precautions as Mom and Dad’s way of saying they care. Be grateful they take the time out, because trust me, there are a lot of girls whose parents don’t and they’re left to fend on their own.

You said your friends call you a party pooper? Don’t let it bother you. You’re choosing to follow the rules; your friends should respect your choice even if they don’t agree with it. Explain to your friends that a) your parents set the rules and b) you would really appreciate it if they would respect it. Be polite, but unyielding, and know it’s always OK to sit in the sidelines or say no when they want to do more risky things.

To keep your friends, you shouldn’t have to do things that make you uncomfortable, conflict with your parents’ rules or get you in trouble. If your friends insist you do or threaten to “dump” you, it may be a sign it’s time to hang with a new crew whose friendship isn’t so conditional. True friends don’t pressure each other.

The good thing about following the rules is you do get rewarded. For me, it was a later curfew and driving privileges. Because I kept in the loop with my parents, they let me do more than my siblings who didn’t. They learned to trust me and as they did that, they let go.

Have a talk with your parents too about what you’re going through. Ask them if they’d consider loosening their rules (for example, on the mall thing) if you called them/were with a group. Be mature and willing to compromise and with your perfect track record, your parents will more than likely return the favor. From one good girl to another, what goes around comes around and you will get what you deserve in the end.

+ Best. Year. Ever! Join us for our New Year, New you Facebook chat

+ How to becomes legit friends with that frenemy this year… really!