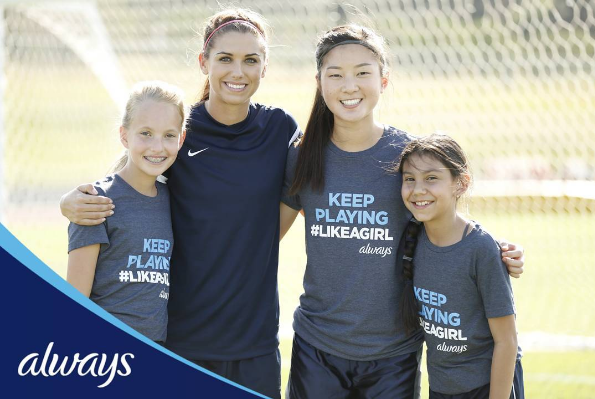 Did you know that 72 percent of girls feel like society limits them by telling them what they should and who they should be? Oh and that half of girls quit sports by the time they're 17? That's why Always and Walmart have joined together for an *amazing* project as part of the Always #LikeAGirl movement. 50 Teams, 50 States is a program that was created to boost confidence in girls playing sports all over the country where one sports team in each state is sponsored with equipment, uniforms and funds. The best part? They're making a difference both on *and* off the field.

In the video below, check out how Always is inspiring mega girl power in every single state and encouraging girls to "play hard, play smart and play together." Get ready for all the feels as they help change the lives of the girls on the Hulbert Riders basketball team.

In honor of the inspiring initiative, here are 50 reasons to be proud of living #LikeAGirl:

2. The windshield wiper was invented by a woman (thanks, Mary Anderson).

3. The most famous caregiver in the world, Mother Teresa, was a woman.

5. Throughout history, we've never given up the fight for equality.

7. Simone Biles became the most decorated female gymnast in history at the 2016 Olympics.

8. Women finally made it back onto currency with Harriet Tubman on the 20 dollar bill.

10. General Lori Robinson is the first female military leader in a combat zone.

11. The female brain is amazing at remembering things.

12. In a speech made to the UN in 1995, Hilary Clinton made the line "Women's rights are human rights" famous.

13. The dishwasher was invented by lady hero Josephine Cochran. We can't thank her enough!

14. At age 16, Amelia Earheart was the first woman to get her pilot's license.

16. Misty Copeland was the first African American woman to be promoted to principal dancer for American Ballet Theatre.

18. Emma Watson helped launch the He For She movement which encourages men to get involved in the fight for gender equality.

19. Some of the most successful books were written by women. Harry Potter? Twilight? The Hunger Games?

21. Female heroine Harriet Quimby was the first American to get a pilot's license.

22. Helen Keller lost all of her sight and hearing before her second birthday, yet made incredible strides for deaf and blind people.

23. The Tale of Genji, the world's first novel, was written by a woman in the 11th century.

24. Car insurance is cheaper for women.

26. According to Barbara Boxer, women have an inclusive way of leading.

27. The Black Lives Matter movement was started by three women.

28. Ashley Graham was the first plus-sized model to be on the cover of Sports Illustrated last year. Yay for positive body image!

29. Yusra Mardini, a Syrian refugee, swam for over three hours to save 20 people on a sinking boat. She went on to compete in the 2016 Olympics.

30. Women are intensely loyal. No wonder you have five BFFs...

31. Women are calmer under pressure because our brains release more oxytocin (aka the "cuddle" hormone).

32. The amount of female leaders is on the rise.

33. The 2017 Women's March was the largest demonstration in US history.

36. She was also the first person to ever win a Nobel Prize in two categories (Physics and Chemistry).

37. Women are better behind the wheel than men. Goodbye, bad-driver stigma.

38. Diana Nyad is the only swimmer to have completed the 100 m journey from Cuba to Florida.

39. Even the animated girls we see in movies are getting *way* fiercer and cooler (think: Moana from Moana and Merida from Brave).

40. Supermodel Karlie Kloss hosts a free camp every summer to teach girls 8-13 how to code.

41. Four-year-old Daliyah Maria Arana has read over 1,000 books (!!) and was made guest librarian at the Library of Congress in January 2017. P.S.: President Obama also elected the first female Libarian of Congress.

42. You can get a degree in Women's Studies. Seriously, we have an *entire* field of study. Talk about important.

43. Women grow human beings inside of their bodies.

44. Rosa Parks is one of the most prominent civil rights symbols.

45. Have you ever used a globe? It was invented by a woman called Ellen Fitz.

46. Cassie DePecol, 27, became the first woman to visit *every* single country in the world last month.

47. Lego is adding a set of five female Nasa scientists, engineers and astronauts (such a win for STEM ladies especially after the release of Hidden Figures this year, too!).

48. Sweden's national women's soccer team recently sported empowering messages—like "never look down on someone unless you're helping her up"—on the backs of their jerseys instead of their names.

49. Margaret Thatcher was the first person to be elected British Prime Minister three times. Even better: She was the first woman to ever hold that position.

CLICK HERE to learn more about the Always #LikeAGirl movement and be totally inspired by the real girls who are standing up for themselves in big ways.

What do you love about being a girl? Let us know what "like a girl" means to you below! 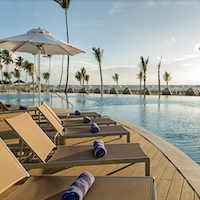