Growing up Sikh in America: "People thought I was a terrorist" 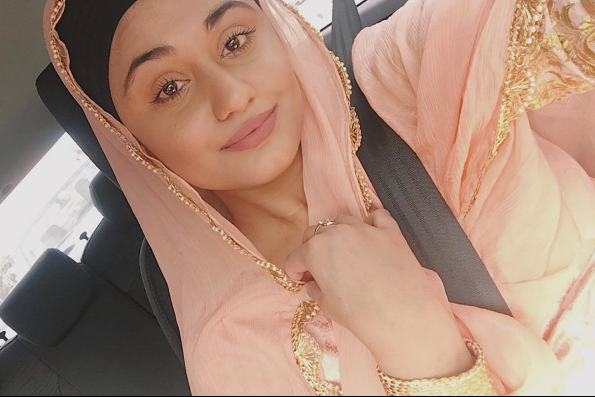 I belong to the Sikh religion, a monotheistic religion originating in India that values equality, selflessness, service and social justice. Sikhism is the 5th largest world religion and there are Sikhs living all over, including about 500,000 in the United States. But there is a lack of awareness about Sikhism (in fact, Huffington Post reports that 60 percent of Americans surveyed know nothing about it).

Take for example the fact that my family does not cut our hair. Growing up in an area without too many Sikhs made this difficult to explain to people, especially if they knew nothing about my faith. Another struggle I faced was the pronunciation of my Punjabi name. Most of my teachers didn't pronounce my name correctly or even make an honest attempt so in middle school, I started going by a nickname to make it easier for everyone involved. Soccer coaches, basketball coaches, friends and teachers all called me by a nickname, but it was never really my name.

One of the problems is that there is a lack of Sikh representation in the American media, and the small number of Sikhs are often depicted as terrorists or targets of discrimination. Not having that many Sikh role models around me or in the media that I could look up to caused me to feel uncertain about my religion. It’s not easy practicing a minority religion and also trying to assimilate into the rest of society. I felt like I had to choose to practice my religion or choose to fit in with everyone else.

So, what changed for me? It started with the aftermath of the 2016 American presidential election with the women’s march and protests in support of all people. My school even held a walkout, complete with posters, and I was surprised to find that many of my peers were more open-minded and passionate about fighting for equality than I thought.

After the walkout, I wrote an article that my school’s magazine published on my experiences being a Sikh in America. I was worried about how my classmates would receive it, but I was pleasantly startled to discover that there were students at school who enjoyed my article, and it made them feel more confident in their own identity. That day, I realized that there was no point in pushing away my religion because it was always going to be there and always going to be a part of me.

I am still trying to embrace my Sikh identity today. For a long time, I felt like I had three strikes against me: the fact that I was a girl, a person of color and a Sikh. Today, I see that my unique and diverse experiences give me a perspective on life that most people don’t have. I hope to use my voice to educate people about religious minorities and teach them about tolerance.

To all of you out there who feel self-conscious about your identity, whatever it may be, use your distinct point of view to do something in the world. Whether it’s writing an article like I am, starting an organization or giving a presentation in class, use your experiences to educate your community about other cultures and groups of people. There are too many girls who feel the need to conform to society’s expectations, expectations that nobody is really able to live up to.

Don’t think of your differences as “strikes against you” like I did because the sooner you embrace your individuality, the sooner you can do something to help others and make a difference. Some things you can’t change about yourself, so what’s the point in fighting against something nobody can change?

Society has changed a lot, but there is still ground to cover. Every voice, every outlook, every view is essential to create an accepting and unbiased society. If you look throughout history, divisions within communities have always held back progress and innovation. Think of all that we could accomplish if only everyone accepted their differences and felt confident in their voice.

Have you ever struggled with your identity? How did you overcome it? Tell us in the comments below!