What you can do to help a friend with trichotillomania 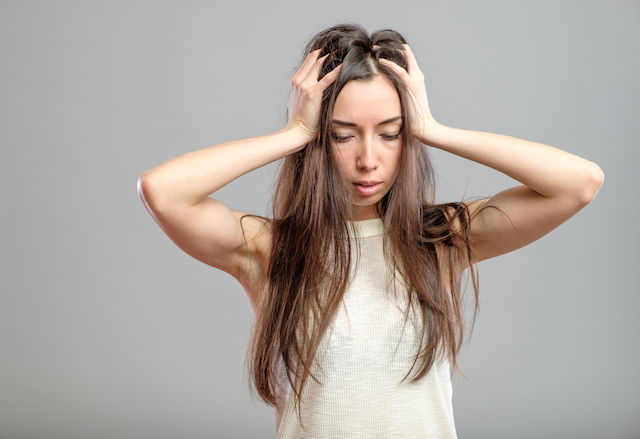 Have you heard of trichotillomania? Also known as the "hair pulling disorder," it affects a lot of people: 1 or 2 in 50 individuals throughout their lifetimes, to be exact.

What is it?
This disorder is a part of the Body-Focused Repetitive Disorders, which include people pulling or biting their hair, skin or nails, and damaging their bodies as they do so. Specifically, an individual may pull out their own hair (eyelashes, eyebrows, body hair, scalp hair) to the point that there is noticeable hair loss and/or bald spots. Often, feelings of stress and anxiety precede the urge, and the relief when pulling the hair out makes it very difficult to resist doing. Other times, individuals might not even realize they're doing it until the hair is already out. It occurs most often in women, and affects roughly 1-2 percent of adults and adolescents.

The main concern with trichotillomania is not the hair pulling itself (although there can be tissue damage and infection) but the shame and/or embarrassment that the individuals feel at their own disorder. This causes people to hide the problem, including isolating themselves, which can lead to other mental health issues. It can also seriously impair a person’s ability in succeed in school, as those who have the disorder are focusing on trying not to pull out their hair instead of what's being taught in class.

Girls entering puberty are at risk for trichotillomania, due to changing hormones and stress-related situations. For anyone, though, it is difficult to deal with bald spots as hair is such a large part of our identities.

How can you help a friend with trichotillomania?
There are signs and symptoms to this disorder that you might notice in your friend. The obvious one would be the hair loss, but you may not see this as your friend will be doing her best to hide it. Changes in hairstyles and wearing scarves and wigs are often used to cover up bald spots, too. Similarly, if your friend pulls out her eyelashes or eyebrows, this can be hidden easily with makeup. Notice, though, if your friend is avoiding situations in which her disorder could be discovered, such as a sleepover with you or changing in the locker room during gym. It's possible she'll avoid going outside on a windy day or beaching with you and your other friends, too.

If you think your friend might have trichotillomania, your first step is up to you: you may approach her, but it's possible that her potential embarrassment will cause her to be too ashamed to admit it. Alternatively, you can tell an adult you trust, whether that is your parents, a school guidance counselor, or maybe even her parents, so that she can get the help she needs.

We know it's tough, but seeking treatment is the best way for your friend to stop this problem, as the hair pulling may only get worse as individuals get older. Therapy and medication have been very helpful to those afflicted with trichotillomania. Your support, too, can help your friend recover.

Above all, assure her that you will not judge her and will be there every step of the way if she needs help.

Have you heard of trichotillomania before? Do you or any of your friends have the disorder? Share your story in the comments.