My pal is punching me... 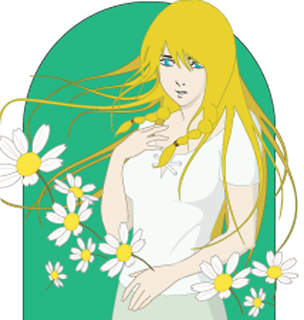 I am in seventh grade and I have this one "friend" who is always punching and hitting me. I think she is just kidding around but it hurts.


Plus, we came from two different schools so I don't know too much about her.


I'm always quiet and try to be as nice as possible, but did I do something wrong?

Thanks so much for sharing this with us! First off...the problem is NOT YOU—the problem is your so-called friend. You are really brave to speak up about this, because a lot of girls think that they DID do something wrong. Here's how to put a stop to this, stat.

I used to have a friend who would “kid” with another bud by calling her mean nicknames. She thought it was hilarious, but her friend definitely did not. It hurt her feelings to be poked fun at, but because she was getting attention, she wasn’t sure whether it was really a bad thing after all. Bottom line is that if you don’t like what a pal is doing to you, whether they are hitting you, or saying mean things, then they aren't so true-blue...and there's NOTHING that you did wrong. A bully usually bullies 'cause they have low-self esteem and need to put others down to make themselves seem cooler.

It’s never a bad idea to start reaching out to other pals or acquaintances who treat you well and are fun to be around. Maybe you haven’t been hanging out with a few friends lately who you really liked spending time with last semester. Let them know that you miss them. If your abusive buddy asks what's up, either ignore her or just tell her you have a lot of fun with your other peeps.

Standing up for yourself

If your “friend” won’t stop punching and hitting you, it's a good idea to say something to a trusted adult. Chances are that she’s doing this to others, too. If you feel uncomfortable telling her to stop directly, go to your favorite teacher or guidance counselor and tell them what’s going on. They’ll know the next best steps to take—and trust me, you won’t be blamed for your friend’s behavior (it's not your fault AT ALL!).


If anything, they will commend you for your strength. You are a strong chica, and I’m proud of you!


ARE YOU THE ONE CAUSING ALL THE DRAMA? CLICK HERE to submit your own problem to be answered on Girl Talk!