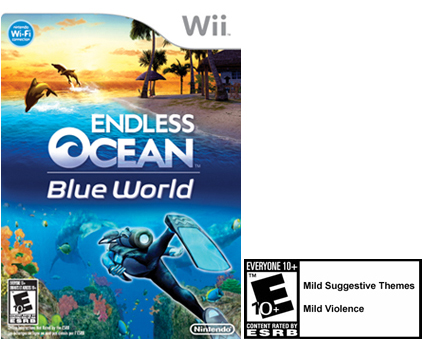 Eager to explore the ocean blue? Recently, you guys sent in your questions about Nintendo’s new Endless Ocean: Blue World.

Well, we grabbed some of them and got the answers—straight from the developers’. Was your question answered? Check it out…

Did you have to go underwater in real life to get an idea of how to create the game? Or did you do research on how deep the ocean can be and stuff like that? – Amy
Some of the people who helped create the game really like to scuba dive, so that definitely helped them make everything so realistic. But we also spent a lot of time researching all the different creatures in the ocean and how they behave. We even took the whole team on a field trip to an aquarium.

Which animal in the game looks and acts most like humans? – Denise
The game has polar bears, sharks, sea otters, whales, tropical fish—all kinds of animals, really. So I guess it depends on the kinds of humans you hang out with! 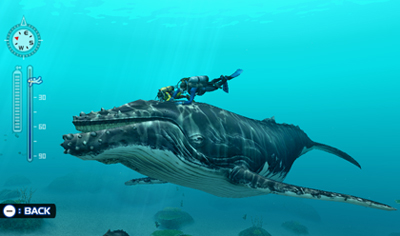 I love the first game and still play it all the time! What are some aspects about Endless Ocean: Blue World that would make an owner of the original want to go out and get this one? – Corey
The first game was very relaxing. Endless Ocean: Blue World is too, but it also contains a lot more adventure. You’ll encounter all kinds of new species of marine life. And if you liked diving in the first game, now you can use the Wii Speak microphone over a broadband Internet connection to chat with friends as you dive together.

Can any of the treasure you collect in the game be stolen by something while playing? – Nicole

No, aside from running into a grumpy shark or crocodile now and then, most of the animals—and people—you meet in the game are very friendly. 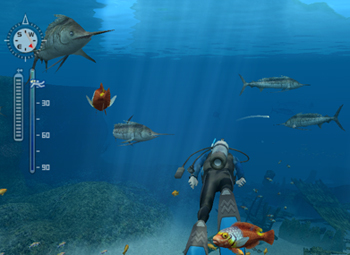 Do you ever get to go on land in the game? – Nikki
Definitely. There are many different areas to explore, both in the ocean and on land.

Pretty awesome, right? So the next time you’re sitting at home, trying to conjure up something to do, invite all your friends over for an Endless Ocean: Blue World bash. It’s sure to be the perfect tropical escape! 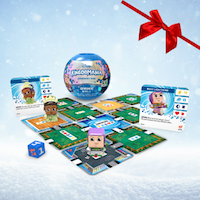