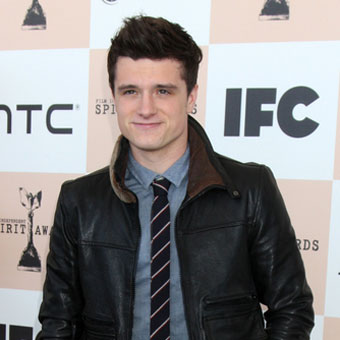 Didya catch Firehouse Dog? Or maybe you remember him from Bridge to Terabithia? Or RV? Zathura? Geez, this guy’s been everywhere! Including on the telephone with Mandy, who got a chance to catch up with the cutie despite his uber-crazy schedule…

GL: We absolutely loved you in Bridge to Terabithia (DVD out June 19 – woo hoo!). What was it like working on that project?

Josh: It was great, we had a lot of fun. It was filmed in New Zealand, so not much can go wrong when you’re filming there.

Are you into Lords of the Rings? It was filmed there, too.

So cool! So how did you relate to your character Jess?

Well, Jess is an artist and I’m an artist as well. I can’t draw, though, I’m really bad at drawing. I’m an actor and that’s kind of my artistic outlet. When I first started acting I got bullied and it was because they thought I was different and kinda weird, and Jess got bullied, too. But other than that I’m pretty different.

Switching gears to your other recent release Firehouse Dog, what was it like filming with a dog?

It was fun, it was hard sometimes because you had to make sure the trainers had all their stuff right and the dogs hit their marks and everything. There are a lot of variables with filmmaking already with the actors and the lights and the director and the cameras and everything, its just throwing in another variable, which makes it harder.

Was it just one dog or several?

There were four dogs playing the one character Rex.

Did you bond with one?

I did, one was named Orwin and she was the one that I was around most of the time.

Are you a pet person?

Yes I’m a definite big-time pet person. I have a boxer named Easel.

What’s it like going back home to Kentucky after being away?

It’s actually really cool because all my friends are the same, they don’t treat me any differently. I’m home-schooled still, so I don’t have to worry about jumping in out of school and I’m on the soccer team so whenever I go home I’m pretty much just a normal kid.


What’s the hardest thing about growing up in the entertainment industry?

Actually I’ve been fortunate. I’ve been able to go back to Kentucky so I’ve stayed pretty much a normal kid. One of the hardest things is to do school while filming. Every break you get you have to do school.

Got a fave subject?

I love algebra. I’m good at it and the numbers just make sense to me.

So do you have any siblings?

I do. He’s 10—his name’s Connor. He wants to be a rocket scientist. He’s crazy smart.

How do you guys get along?
It really good, it’s a typical brother relationship where at times where we fight, but other than that we get along really well for
brothers. He and my dad stay home and my mom travels with me, but we try to see each other every few weeks.
So what are you scared of? Any phobias?

How do you keep in touch with people when you’re away?

So what’s up next for you?

I finished Journey to the Center of the Earth (Journey 3-D) with Brendan Fraser. It was a long shoot, but I had a great time. That comes out August 8, 2008.

So spill—do you have any celebrity friends?

AnnaSophia (Robb) and I are really good friends. But other than her, a lot of my friends are back home and I don’t spend much time in L.A. Mitchel Musso from Hannah Montana, he’s been my friend since I first started acting. We stayed at the same apartment complex when we were both living there.

TIME FOR YOU TO SPILL! Got any fave Josh films? Are you gonna cry over Bridge to Terabithia when it comes out on DVD? Think Josh is a super-cutie? Please share! 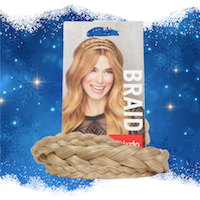 Every day is a good hair day with Hairdo's Braided Headband Kit. From dinner with the fam to last-min holiday shopping, these three braided accents add instant volume. Yup, you're shining. Enter to win here!