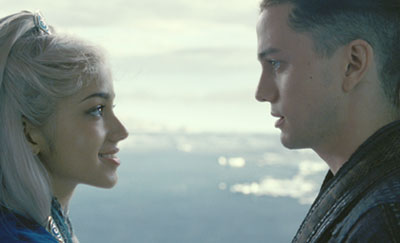 Based on the hit Nickelodeon series, The Last Airbender  (in theaters July 2) follows the story of Airbender Aang and his quest to restore peace and balance in his world.  After a long war between the four nations—Water, Air, Fire and Earth— wages on for a century, it leaves destruction in its wake.

Aang, though, soon discovers that he is the lone Avatar who can manipulate the four elements to bring his world back to the way it once was and enters his perilous journey to restore balance between the war-torn countries with the help of his Water Bender friend, Katara (played by Nicola Peltz), and her warrior brother, Sokka (played by The Twilight Saga’s Jackson Rathbone), battling several obstacles along the way.


Check out the trailer of the flick below…
Wanna see your favorite Airbender stars? Jackson Rathbone and Nicola Peltz are traveling the country and they’re doing it soon, signing autographs, answering Qs and taking pictures with their fans at many of the stops along the way. Check out the full schedule of where and when they’ll be below.

SAN FRANCISCO
THURSDAY, JUNE 17TH, 2010
2:45 p.m.-3:15 p.m.
Oasis Plaza at Six Flags
There’s a meet & greet and autograph signing. Plus, a select 20 fans will get their photo taken afterwards, and 150 will receive a very special autograph from Jackson Rathbone. 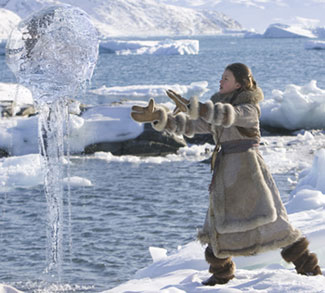 
TORONTO
SUNDAY, JUNE 20th , 2010
7:00 p.m.-7:45 p.m.
Much Music Video Awards
See Nicola and Jackson on the red carpet at the Much Music Video Music Awards. Sadly, no autograph signing or meet & greet will be done here.

7:00 p.m.-8:00 p.m.
Target Fireworks – Rooftop Event (Renaissance Center GM Building)
Hosted by WDHZ-FM (CHR), everyone in attendance will be able to get their photo taken with Jackson and Nicola and visit the photographer’s website to view and download.

Be sure to catch the stars while they’re on the road, and head to theaters July 2 to check out The Last Airbender at a screen near you. For more information on the movie, head to www.TheLastAirbenderMovie.com.

Are you excited for this flick? Will you be seeing the cast on the road? Blog about it, babes.