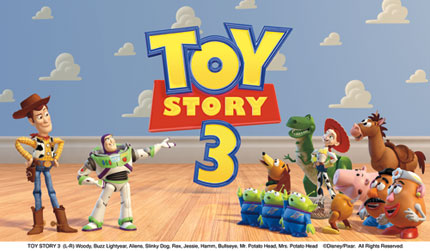 Is there such a thing as an animated epic?

Apparently, there is now. There are some movie franchises and series everyone has heard of, regardless of whether you’ve actually seen them: Lord of the Rings, Indiana Jones, Star Wars, Batman, Rocky…see how easily they come to mind?  But in the past, animation has never had a series of movies among the ranks…until now. 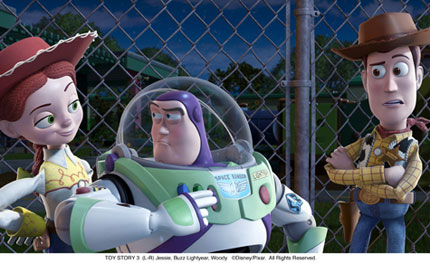 It’s no doubt that everyone, young and old, has heard of Woody, Buzz and the rest of the Toy Story army of characters. We first saw Woody and Buzz Lightyear develop their love/hate relationship way back in 1995. Hey, some of you GL girls weren’t even born yet! Now, 15 years later, America is in the midst of the franchise’s third enstallment, Toy Story 3, which opened this past weekend.

There was a lot of buzz (pun intended) going around about the first movie before it was even released in theaters, where it remained for over six months! Toy Story was the first feature film to be created using only CGI (computer-generated imagery). Previously, it had only been used for special effects in parts of movies, like Star Wars and Jurassic Park.  And the buzz has yet to quiet down. 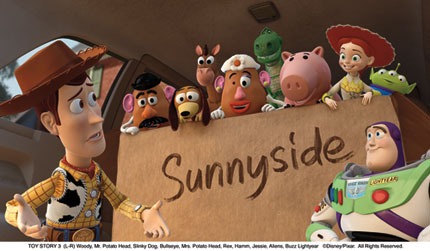 For almost two decades, the characters have been exploring the worlds of toys, videogames, software, spin-offs and other merchandise to become more of a brand than just a series of flicks. There has even been an ice show based off the clan and a musical performed on Disney cruise ships!