What’s the kookiest thing you’ve ever done to be noticed by a dude? We hunted down some of your fave female stars for a giggle-worthy gab sesh about what they’ve tried. Some worked…and others, not so much.

“I watched a ton of scary movies—and I’m not very good at being scared—but I hid my fear pretty well because he is really into slasher movies and said he didn’t like girls who got scared over movies. Therefore, I watched six horrible movies and at the end of it all, he said he wanted to watch scary movies with me more often. That was supposed to be good thing right? Except I didn’t sleep for a week because I was so traumatized!” 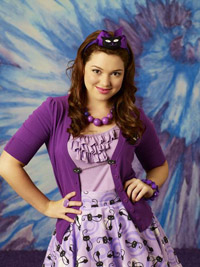 Jennifer Stone, Wizards of Waverly Place, Mean Girls 2
“I tried to be into all the things he was. Did it work? Absolutely not! I just ended up becoming one of the guys. I’ve learned you have to be girly some of the time.”

Caroline Sunshine, Shake It Up!

“When I was in 6th grade, I was at a park and I saw this really cute guy. I was walking my dog and I thought I would just try to walk by him really cool and casually without making eye contact and see if he noticed. It seemed to be working until I tripped on a pine cone!” 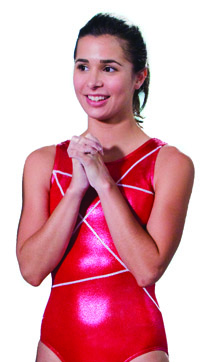 Josie Loren, Make It or Break It

“When I was in middle school, I had the biggest crush on one of the cutest guys in school. I wasn’t exactly part of the popular crowd so he barely knew I existed. I memorized his class schedule so that I could pop up in the same hallways between classes. He eventually realized I was stalking him. Needless to say, I did not get a date by doing this!”
Elizabeth Gillies, Victorious
“I usually use a comedic approach to get a guys attention. I break the ice by making a joke or poking some fun at the situation. It usually works!” 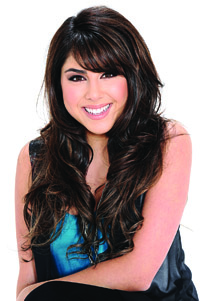 Daniella Monet, Victorious
“I had a crush on this guy who worked at a burger restaurant. I would never eat a burger in my life—I’m a vegetarian—but I would go several times a week and order an iced tea just to get his attention.”

What’s the most embarrassing thing that has ever happened to you around a guy? Blog about it, babes. 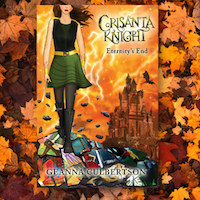