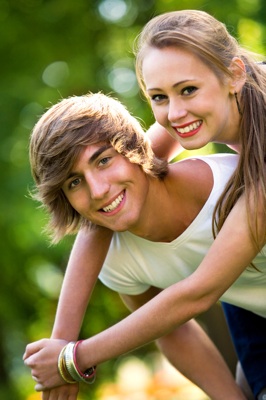 We all know it, summer romances can easily seem like the best thing in the world. But as your summer romances heat up and flirting turns into late night talks, make sure that the guy you’ve dedicated yourself to is a good match.


Is he around your age? Getting involved with guys older than you is flat out risky. They tend to be more experienced, more pressuring, and less likely to care about your feelings.


Is he available? Ya you heard us. Is this guy you’ve been crushing on actually single or do you just wish he was? Don’t get involved with a guy who is taken! You’re setting yourself up in a messy and emotional trap!


Does he care about your feelings or just your looks? Do you really want to spend your entire summer with a shallow guy just because he looks like prince charming? C’mon, you’re better than that! Just remind yourself that you really do deserve a guy that cares about more than smoochin on the beach. He should actually want to get to know you and display that through his actions.


Don’t feel like you’re quite clued in yet? Here are some examples. Your camp counselor? Bad idea. Your new camp bestie? Go for it, as long as he's not crazy old or already coupled up. Just remember, if you guys seem compatible and you feel that he isn’t keeping secrets from you, then maybe this guy really is as perfect as he seems! Just take the time to get to know him before putting yourself in any sticky situations that will only lead you to disappointment. Summer should be fun so don’t let a silly guy take your carefree summer persona away from you!