A Cinderella Story: Once Upon A Song stars spill who they'd like to sing against 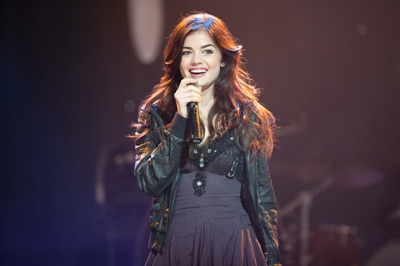 Here at GL, we can’t wait for the latest installment of the Cinderella Story franchise (A Cinderella Story: Once Upon A Song) to hit DVD Sept. 6. Mainly because it’s loaded with a talented crop of individuals from some of our other favorite movies and shows.

With the premise of this latest movie centering on music, we just had to ask the talent, if they were to go mic-to-mic in a sing-off with any other castmate from their notable shows, who would they pick? We know you will get giggling with the results!

Lucy Hale vs. Ian Harding (Pretty Little Liars): “He actually has a pretty good voice. I always listen to him singing in his dressing room. And he can dance too, so I think we could have some fun together.”—Lucy Hale

Freddie Stroma vs. Matthew Lewis (Harry Potter): “He would be an interesting one. I’m sure most of his singing is probably done at the pub so I’d probably do it with him. I think we’d have a good laugh.”—Freddie Stroma

Megan Park vs. Shailene Woodley (The Secret Life of the American Teenager): “We've actually had several sing-offs in the trailer. And we have this thing where we leave each other singing voicemails. It's like a rule, if you're going to leave us a voicemail it has to be singing. No specific song.”—Megan Park

Be sure to catch these singing stars when A Cinderella Story: Once Upon A Song hits stores Sept. 6.

If you could sing against any star right now, who would it be and why? Blog about it, babes.
Love this post? You'll heart these, too!
» The stars of Degrassi share their BTS style

» Reading for fun? Check out the best books of the season
WIN IT! Let the BTS book bag battle begin! Enter our Babes 4 Bags giveaway now
Want more ways to get GL? Like us on Facebook or follow us on Twitter! 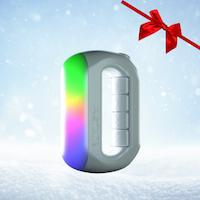