In the News: Should McDonald's be banned from the Olympics? 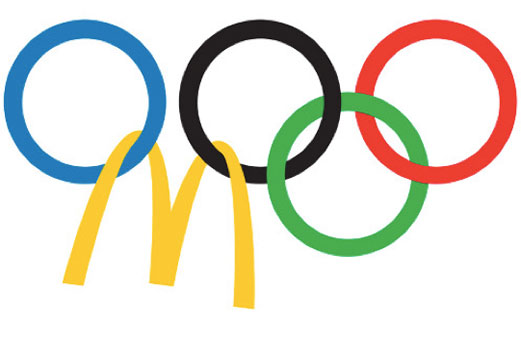 The 2012 Olympics are coming up fast, and the London Assembly has just made an unheard-of request: They would like the Olympic Committee to ban advertisements for McDonald’s and Coca-Cola from the games. Their goal is to cut down on the temptation for kids to eat unhealthily, since childhood obesity is a growing concern around the world.

The interesting part of this request is that McD’s and Coke products would still be sold at the games. The London Assembly is only targeting ads. They’re relying on the logic that companies wouldn’t be spending millions of dollars on ads if they didn’t have some effect on how people eat. But the tricky part of this potential cut is that without McD’s and Coca-Cola’s commercial spending, the Olympics would have a hard time getting enough cash to put on its show. Almost half of the Olympics’ money comes from big companies paying for advertising, and the two that the London Assembly has chosen to target are some of the most important, financially. In fact, Coca-Cola is also the most faithful sponsor of the games, having supported the Olympics since 1928.

The companies themselves, of course, say that no matter what, the consumers are the ones who decide what they’re going to eat. Coca-Cola claims that about ¾ of its drink sales will probably come from harmless things like water, juices and sugar-free drinks. And even McDonald’s has some healthy options, like salads. But there’s still the fear of supporting obesity at an international event dedicated to celebrating athletic excellence. The London Assembly has made its call, so it’s up to the Olympic Committee to decide now.

Well, chicas, what do you think the Olympic Committee should do?

POSTED IN how to cut out junk food, olympics, London 2012, In the News 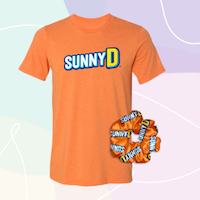 Be bold in this SunnyD tee + matching scrunchie. Win here!