17-year-old Sami brings together Students for the Poor 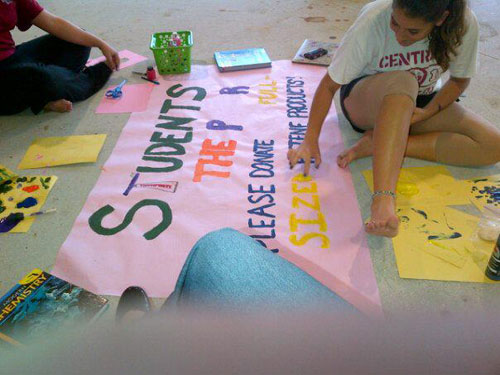 Have you ever had a cause you care about, whether it’s ending cyber-bullying or saving endangered species, but not known how to get involved?  Have you ever wanted to help those less fortunate, in your community or worldwide, but felt helpless about how to do it?

Sami Kerker, a 17-year-old from Delray Beach, Fla., knows that many teens would love to help those in need, if only given the information and opportunity.  That’s why she started Students for the Poor.

Students for the Poor is “a club that I created with the Palm Beach County school district and the organization Food For The Poor to raise awareness of poverty on a local, national, and international level,” Sami explains.  Currently, there are 28 clubs – one in each high school in Palm Beach County.

For a school project, Sami decided to start a tie-dye business, which became a huge success – Sami made $7,000!  With the money, she took a trip to Nicaragua with her mom to help build a home for a family there.

When she got back, one friend asked if she had added the family she helped on Facebook.  In her words, Sami’s first thought was, “Facebook friends?  They don’t even have running water or electricity!”  That’s when she got inspired to start a club to educate teens about poverty and get them involved in the cause.

Sami spent her summer creating a plan for the club, and then presented her idea to a meeting of the high school principals in her district.  They all signed up to have the club at their school.  Getting their support was a great start, but she still needed to get students involved.

She promoted Students for the Poor at her school’s club rush.  Sami explains, “I was the new club on campus, so I was stuck in the corner with my little posters.  And I was really nervous because I did all of this hard work. What happens if no one signs up?”

Turns out, Sami had nothing to worry about. The first meeting was originally scheduled in a classroom. But when over 250 kids showed up, they had to move to a much larger space to accommodate everyone who was interested in taking part.

The students have done all kinds of projects this year, including working at a soup kitchen and painting homes for Habitat for Humanity.  But their biggest event was a benefit concert, which ended up having over 1,000 guests.  From the concert, Sami explains, “We raised money to sponsor 60 students to actually travel to Nicaragua and live, breath and sleep in a third-world country next year over spring break.”

Next year’s goal? To work even harder so she can send more students abroad. “It’s nowhere near the end of my project,” she says. “It’s only the beginning.”

“I’m only 5’2”,” Sami says, “and I know I’m not very tall, I’m not very big in this world, but helping one family, one neighborhood and one community at a time, I know that one day I will impact the world.”

Sami has been recognized for the impact she’s making.  She was named a National Honoree at the Prudential Spirit of Community awards, a yearly program that recognizes middle level and high school students for outstanding community service.  Being recognized as a National Honoree makes her one of America’s Top 10 Youth Volunteers for 2012.  Awesome!

If you want to start a Students for the Poor club at your school, Sami says you can e-mail tiedyeunique@gmail.com and she will help ya get the ball rollin’. 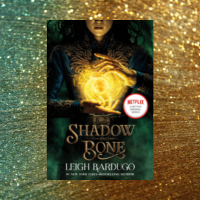