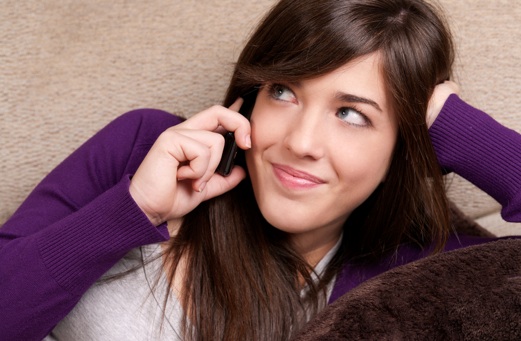 A guy called me, and I wasn’t home. I called him back, but he hasn’t called me since then! How often can you call a guy before he thinks you are totally stalking him?
Dave: Hey, he called you so I doubt you’re in danger of being hit with stalking charges. Girls have their rules about returning calls or not calling guys at all, while guys try to come off as cool and in control. The etiquette can get complicated, but often it comes down to good manners. Not returning calls is rude. Do you want to go out with a rude person?
Bill: Nobody calls a stalker, so you’re off the hook (since he called you first). If you find yourself calling him from a cell phone while outfitted in camouflage and lurking in the bushes outside his bedroom window, you may have a problem.

POSTED IN guys, Dating, GL's best guy advice, how to get a BF, how to flirt, crush crash course, boyfriend Q & A, Advice, advice from Bill and Dave