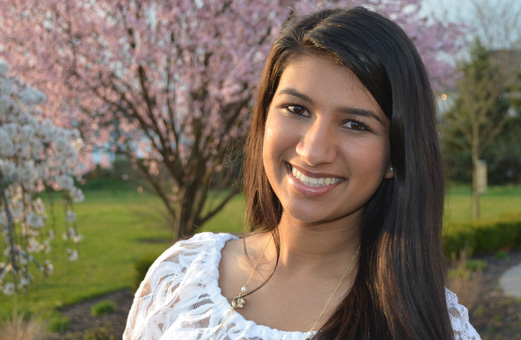 Seven years ago, a trip across the globe inspired a compassionate young girl to set out on a mission to help kids in need.  She made it happen.  Since that trip, Neha Gupta, now 16 years old, of Fairless Hills, Penn., has helped thousands of children through her non-profit organization, Empower Orphans.

At the age of 9, Neha was volunteering at an orphanage during a trip to India. “I realized that without an education, children there faced bleak futures,” she explains. “The children would tell me how they longed to make something of their lives but were unable to do so, as they did not have the opportunity to gain a sound education.  In my opinion, every child deserves an education, healthcare, and most importantly, hope.”

Seeing the kids’ struggles heartbreaking, but Neha decided she didn’t just want to feel bad – she wanted to do something.

“Instead of internalizing these feelings and merely showing empathy for the orphans, I decided to take action by founding Empower Orphans,” she says.

Empower Orphans is a non-profit that provides education and health care to orphaned and disadvantaged kids around the world. So far, Neha has raised more than $500,000 and helped 15,000 children. She has established libraries, sponsored 50 kids’ education, donated 45 vans of home goods to families, installed water walls and purification systems—all sorts of things to give young people a chance to lead a better life.

This year, Neha was named a National Honoree at the Prudential Spirit of Community awards, a yearly program that recognizes middle level and high school students for outstanding community service.  Being recognized as a National Honoree makes her one of America’s Top 10 Youth Volunteers for 2012.  Congrats, Neha!

She believes that all girls can make a difference in the world.  “I strongly believe in the Power of One,” she says.  “One person definitely has the ability to make a positive change in the lives of thousands in their community.  Becoming that one person is easy if you convert your empathy into action.”  Neha has definitely seen the Power of One through her own work.  She shares this example:  “Three years ago, I donated sewing machines to older girls at a sewing center that I started. When I went to India last summer, one of the girls invited me to her home. . . She informed me with great pride and gratitude that her earnings as a seamstress allowed the family to get electricity in their house for the first time.”

If you want to get involved in Empower Orphans, Neha suggests you form a club in your school and start a fundraising team.  “These clubs can identify a need to help children in their local community and organize an event or fundraiser to support it,” Neha says.

Fundraising teams can be formed on the website, www.EmpowerOrphans.org.  You can also e-mail Neha at empowerorphans@gmail.com.

POSTED IN Get Inspired, charity, do gooder