Not sure you're ready to dive in to your biz? Let these 25 wow-worthy women to inspire you 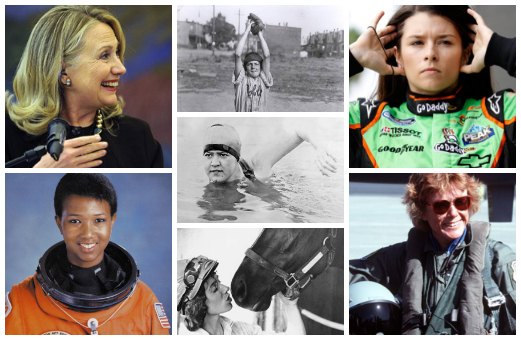 Want to work on starting a business or building your brand...but just not sure you can do it?  We rounded up 25 of our fave astounding girls and women...and we can't wait to see what you'll add to the list! Tell us your dreams and goals in the comments!
Gossip Girl author Cecily Von Ziegesar has said that the 1920 novel The Age of Innocence inspired her best-selling series. Edith Wharton was the first woman to win a Pulitzer Prize for The Age of Innocence back in 1921.

In 1849, Elizabeth Blackwell was the first woman in the United States to be awarded a medical degree. Fifteen years later, Rebecca Lee Crumpler became the first black woman to receive her M.D. Now, 48.3 percent of med school graduates are women.

Women have always supported other women, but in 1795, Anne Parrish became the first American woman to make it official by establishing the House of Industry, which was the first organization for women in America.

We've got one word for all that achievement: Wow.
So, what are you going to do? Tell us, babes!