Which new Olympic sport would you pick? Cast your vote! 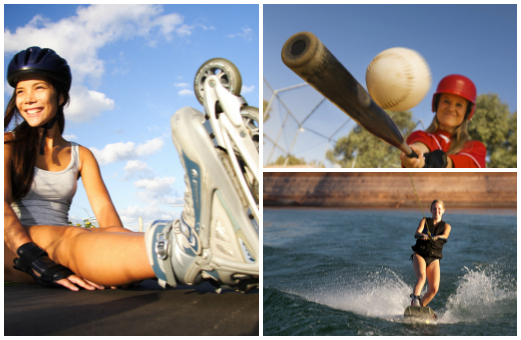 Everyone loves watching the Olympics, but are you getting tired of watching the same-old games each time? The 2020 Olympic program is looking for a new game to include, and they have eight contenders to choose from!

Both baseball and softball are defined by a head-to-head battle between pitcher and batter. Although the objective of the game is the same, there are a bunch of little changes made in the size of the field and the equipment used in the two games. A softball field is much smaller than the field in baseball, but the ball itself is larger.

The name of the game comes from two Chinese characters – kara, meaning empty, and te, meaning hand, so karate means “empty hand.”  Karate is an art form that uses punching, kicking, knee strikes, elbow strikes and open hand techniques. With the traditional themes of fighting and self-defense, karate is seen to be a way of life, as it teaches defensive movements and targets the overall improvement of an individual.

Have you ever spent a Friday night at the roller rink with your friends? Well that’s basically what a roller sport is, except players are racing at speeds of up to 37 mph. The International Roller Sports Confederation hopes to include inline skating into the mix of games at the 2020 Olympics.

The first style of sports climbing is speed climbing, where scaling the rock wall in the shortest amount of time would be the ultimate goal. The second type of climbing would be lead climbing. These climbers would be harnessed with ropes as they navigate the rock wall. In the third type of climbing, bouldering, seems to be the most daring. It is done completely free of ropes, with a padded mat at the bottom of the wall to prevent serious injury in case of a fall.

Opposing players face-off in a four-walled court with a racquet and a small, hollow rubber ball. The players alternate in striking the ball with their racquet onto the four walls of the court. If a ball lands on either the out line or the line along the top of the court, it is considered to be out. The only way to win a point is if the server returns the rally. If a returner wins the rally, no point is scored, but the service changes.

Different from the other seven bidding sports, wakeboarding is a surface water sport. Riders are towed behind a motorboat as they graze the surface of the water on a wakeboard. Wakeboarders not only have to worry about keeping themselves above water, but they also perform tricks on their boards in order to receive points.

A one-on-one physical competition, wrestling involves techniques including holds, throws, and takedowns. The two competitors battle to gain the superior position over the other player as they use fighting techniques to combat their opponent. Although each code for wrestling is different, the way to generally win a match is to hold the opposing player down for a certain period of time.

Another form of martial arts trying to make its way into the 2020 Olympics is wushu. The name of this game also comes from two Chinese characters – wu, meaning military, and shu meaning art. Wushu is a full-contact sport consisting of two disciplines: taolu and sanda. Individuals competing in taolu are judged and given points according to specific rules, which are based off of traditional Chinese movements. Sanda is more of a modern type of martial arts, which is influenced by Chinese boxing.

If you could only pick one sport to send to the 2020 Olympics, which would you pick? Tell us in the comments, cuties! 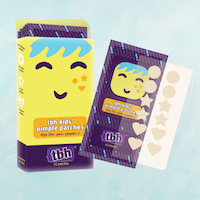 Patch away pimples with these treatment stickers from TBH Kids. Enter to win here!