The best lesson school has to offer? This one 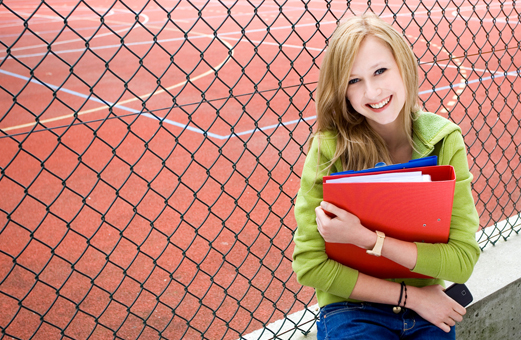 The best thing you ever learn in school isn’t English (though being able to write a complete sentence that doesn’t involve emoticons or LOL is a huge plus), history (sadly I only use that knowledge when I want to randomly dazzle someone in a trivia game) or math (admit it, Ms. Barrett-Cook: Knowing how to work a six-set Venn diagram comes in handy, oh, never).

The best thing you can learn is what you are and aren’t good at. What do I mean? For 18 years, kindergarten through senior year, I got fired up to learn stuff. And I did learn some stuff. I learned to read, I learned to write, I learned to add numbers (or how to punch them into my phone calculator, same diff). But looking back now, I realize I picked up my greatest lessons by basically sucking at stuff.

Take science, for example. My bio teacher only passed me because I made a solemn vow never to enter any medical field (no danger there, Mr. LaDuke). From that point on, I focused on my strength: writing.

I also got kicked out of choir. I think I remain the only student in the history of Kerby Elementary given the option to “shine elsewhere.” But then discovered I loved hosting the talent show (I could ad lib in front of a huge audience with zero problem) way more than ever being in it.

And instead of having a super intense packs of besties like most girls, I was friends with basically anyone. Yes, I had Jen, my BFF since diapers, but I also buddied up with everyone from the kid who ate paste under his desk in kindergarten (err, no names) to our prom queen Kelly Egan (who is still one of the prettiest girls in the world).

While none of these experiences on their own are particularly earth shattering, the sum of them is. Sure, I certainly never dreamed of being a doctor, but bombing science solidified my decision to pursue magazines. Sounding like a croaking frog in choir? That uncovered my natural tendency to help others be amazing. And avoiding my school's cliques developed my knack for connecting with a diverse group of people, a skill that has opened more doors for me than I can count.

So does all this mean you should bail on that extra tough chem lab? Of course not. What it means is that too often people see sucking at something as a bad thing when, in truth, it can be awesome, life-changing stuff—as long as you pay attention.

Ms. Barrett-Cook, Mr. LaDuke, Choirmaster Weiss: You were some of my best teachers simply by letting me know, as nicely as you could, that I was your worst student. I may have just about failed your class but I succeeded in finding out what makes me, me.

POSTED IN have the best school year ever, get your act together guide, Karen the editor, Editor's Blog, Aug/Sept 2013