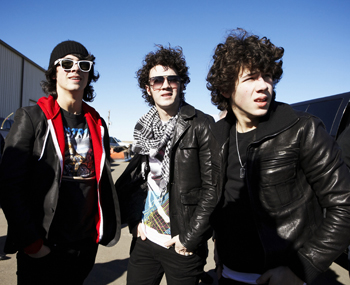 Get up close and personal with the Jo Bros starting TONIGHT when their reality series, Jonas Brothers: Living the Dream debuts on the Disney Channel (it starts at 7:55 p.m. EST —be there!).

The show is scheduled to run until September, giving viewers an up-close look at what it is to be a Jonas, including concert footage, what it’s like to live on a tour bus, even Joe’s first driver’s ed class!

In the meantime, though, GL has some dish for you. We recently chatted with Nick, Joe and Kevin and asked what they’d wish for if their dreams could come true (you know, aside from their dream of making music for millions of people which already came true.)

Their top three wishes…
1) “We definitely hope to write songs and produce other artists,” says Nick, who is already writing songs for Demi Lovato, their “Camp Rock” co-star who has a Hollywood Records deal of her own. Joe added a specific request: “For Nick to have a writing session with Elvis Costello, and Kevin with John Mayer.”
2) “We always want to stay close to the family, but grow up and see the world,” says Joe. “We all especially want to go to Tahiti and Fiji. It’s so relaxing to have private time to just relax on the beach and in the clear blue water.”
3)  Naturally, the guys would never forget the Bonus Jonas. “For Frankie,” Joe smiles, “we’d love to arrange a meeting for him with Spiderman.” 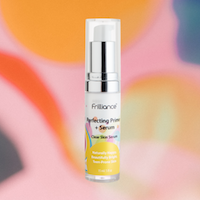