Beth White, 16, wanted to be close to her dad while he was dying. But his illness made him a stranger to her. Now, she shares her heart-breaking story of losing her father to cancer.

When I think of my dad, I remember all the special times we had together, like when we'd go camping and he'd take me fishing in our inflatable raft. It was so much fun, sitting there with our lines dangling in the water, spending the entire time talking and joking. Those days were the best.

I was always so proud to be with my dad, but I figured the proudest moment would be when he'd walk me down the aisle the day I get married.

Everything changed the day be got sick. It was mid-December, and my dad thought he had a bad case of the flu. But after two weeks of extreme illness, he knew he had to see a doctor.

After several tests, his doctor discovered a grapefruit-sized tumor and immediately hospitalized my father. A couple days later, my mom phoned me and my older sister from the hospital. She was crying and said, "Your father has an advanced stage of cancer, and has only three or four months to live." My sister and I held each other and cried.

We decided our dad had to get better--it was too painful to imagine anything else. How could he be dying? I thought, "This only happens in movies!"

Watching everyone at school get excited about the holidays was miserable. I couldn't stand hearing Christmas music, and l felt worse seeing everyone happy while my dad was so ill. Even worse, I knew none of my friends could really understand what I was going through, so I had only my sister to talk to.

My dad was released from the hospital by Christmas, so we decorated a tree and bought presents to cheer him up. But Dad didn't feel up to having a lot of people around, so we canceled our traditional Christmas party. Honestly, no one was in the mood to celebrate anyway.

The first few months, my dad was in total denial about his illness. He seemed really upbeat and said things like, "Oh, they'll find a cure." He busied himself by fixing things around the house and was cheerier than ever so, for better or for worse, we all became overly optimistic that he would survive. But part of him probably just didn't want to worry us.

My mom, on the other hand, was totally stressed. Normally, she's this really strong, positive person. But you could see the sadness and fear in her eyes. It was almost frightening to look at her.

Over the next five months, my dad underwent chemotherapy and took tons of medications. But his health was only getting worse. Reality finally set in, and my dad saw that things weren't going to turn for the better. He was going to die, and he couldn't handle it--so he began drinking. The alcohol made my dad very angry. He became really verbally abusive, yelling and calling me "stupid."

My self-esteem plummeted. It was horrible at a time when I wanted to be closest to my dad, I found myself pulling away from him. Things got better in August, though, when his doctor ordered him to stop drinking. Even so, I was relieved to get out of the house and go back to school in September.

A month passed, and my dad was put on morphine for pain, so he was always out of it. I felt like I didn't know him at all, like part of him had already died. He couldn't eat, slept constantly and looked like a skeleton. On Nov. 17, 2001, at 11 a.m., my mom came into my room and whispered, "Beth, your dad is gone." I turned over on my bed and cried.

The funeral was a blur, and I felt mixed emotions. Life felt empty without my dad, but I was secretly furious for the way he treated us at the end.

But two years later, I realized what a total jerk I'd been to my dad. While he was ill, I'd been too angry to say "goodbye," and the guilt overwhelmed me. I went to my mom for help.

My mom discovered The Dougy Center For Grieving Children, which provides free group counseling to kids. It was amazing to spend time with other teens who had experienced the same thing. I came to realize that even though my dad really wasn't himself while he was ill, we were both doing the best we could under the circumstances and that he always knew how much I loved him. As sad as losing my dad was, some really positive things have come from it. The biggest thing is that I tell my loved ones how I feel about them. I'm also much more of a risk-taker. I'm more outgoing, and I'm even taking guitar lessons. My dad played guitar so, when I'm playing, I feel like he's with me. That's really comforting.

By: Beth White as Told to Sandy Fertman Ryan

POSTED IN dealing with death 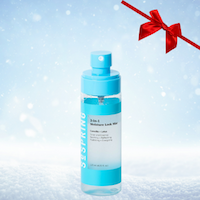