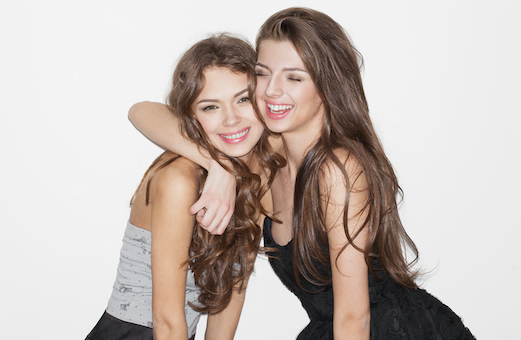 Knocking knees, sweaty palms, butterflies bumping around your stomach…finals exams? Nope. First airplane ride? Worse. It’s your first school dance. Fear not. It’s not as nerve-wracking as you think. Here are some of girls’ most common problems for first-dance jitters and some smoothly choreographed solutions.

The problem: You arrive early, and there’s hardly anyone there yet. You and your friends are feeling stupid and bored.


The solution: Remind each other that you have fun together whenever you hang out at other times. You never needed crowds before when it was just your group, and you’ve all danced together around your room a thousand times. Stop waiting for others to make the fun—get out there on the dance floor and make your own.


The problem: A slow song comes on, and everyone in your group has been asked to dance—everyone, that is, except for you. You are standing there, by yourself, feeling like an utter loser.


The solution: There’s no reason to stand and watch the couples until the song is over. Go to the bathroom. Get some punch. Talk to someone else who’s not dancing. Go outside for some air. Make a phone call.  The song won’t last an eternity—two minutes maybe—and you’ll have plenty of slow dances in your future. Hey, here’s a thought: Why not scope out a guy who isn’t dancing and ask him to dance the next slow song. He may be eternally grateful!


The problem: You ask your crush to dance, and he says “No way.” He walks away, leaving you utterly humiliated. All you want to do is crawl into a bathroom stall and never come out.


The solution: The guy’s a jerk! Anyone who is so insensitive and rude doesn’t deserve to dance with you. Feel good about yourself for having the guts to ask him. The humiliation you are suffering is entirely temporary. He, on the other hand, has to live with his obnoxious personality for the rest of his life.


The problem: A geeky guy asks you to dance. He’s the last person on Earth you want to dance with, but you don’t know how to get out of it.


The solution: You can always say, “I’m sitting this one out, but thank you.” But we’d suggest bringing him into your group to dance for a song or two. It took a lot of guts for him to ask you to dance, and it’s not going to kill you to accept. If after a song or two, he’s sticking to you like flypaper, tell him, “That was fun. I’m going to go to the restroom.” Chances are your Trekkie isn’t going to beam himself into the bathroom after you.


The problem: You’re having a blast, but your BFF tells you she’s ready to go home now. But the night is still young, and you want to stay.


The solution: This is a tricky one and definitely depends on the circumstances. Did something bad happen to her, like she just got dumped or tore her skirt? If so, pull her aside and talk to her. The friendship comes first, and she needs you. If she’s just bored or cranky, that’s another story. You can tell her you understand she needs to bolt, but you’d like to stay and catch a ride home with someone else. If that’s not possible, try to compromise on a fair time she would be willing to stick it out, like a half-hour or so.