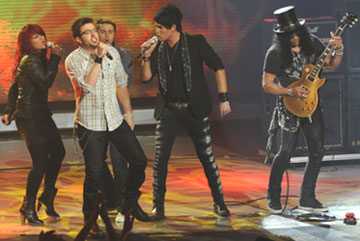 My most dreaded night of the week, elimination night! With only four idols left, the competition is getting super intense. 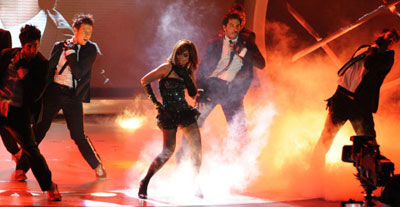 The night started out with quite a surprise—Paula Abdul performed her new song “I’m Just Here for the Music.” It was def entertaining and her upbeat dance moves set an energetic tone for the night! She commented that the stage was her undeniable happy place to be—you go girl! 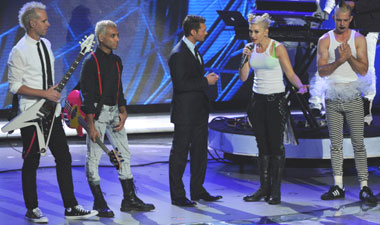 Next was a performance by No Doubt, who recently reunited. Gwen Stefani put on quite a show and rocked out with the band singing “I’m Just A Girl.”

It was then time to find out who would be making it to the top three. I held my breath and closed my eyes—ah who would it be?! Ryan then sent Kris Allen to safety. I was happy, but totally shocked. I for sure thought he would have been sent home after his solo performance the night before. 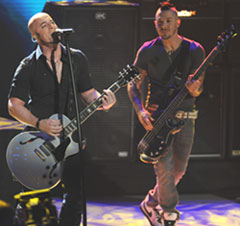 Riding on the coattails of another cliffhanger, former American Idol contestant Chris Daughtry’s band Daughtry performed. He took over the stage singing “No Surprise” and his vocals sounded amazing.

Ryan then announced that Adam Lambert would be joining Kris. No surprise there! It was now down to Allison Iraheta and Danny Gokey, and after a brief hesitation, Ryan sent Danny to the other boys.

I will def be missing Allison’s rockin’ raspy vocals, but she will totally make it far! What did you babez think? Tell us your thoughts!