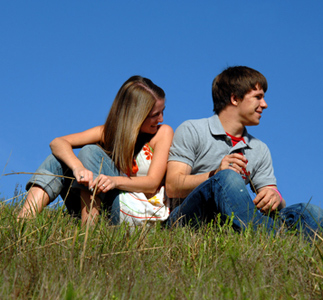 Recently, I went to a movie with this guy friend. On the way home, his older brother asked, “How was the date?”
I didn’t say anything, and my friend said, “Fine.” I like him, but I didn’t think we were on a date.

BILL: Since I’m an older bro (Dave’s just a little brother – ha!), I have to jump to the brother’s defense. It probably looked like a date to an older, more sophisticated guy like him. But what really matters is how you and your friend saw it. Tell your friend you like him but aren’t really ready to “date.” You’ll give him one of the best things a younger brother can ever get – a chance to call his older brother an idiot!


DAVE: Thanks, Bill, for exposing me for what I am – a younger sibling. The only thing more intimidating than trying to act cool around girls is trying to act cool around girls while your older brother is lurking. At best, he was just attempting to make conversation. At worst, he saw an opportunity to bust his bro’s chops and seized the moment with glee. Don’t take it personally.