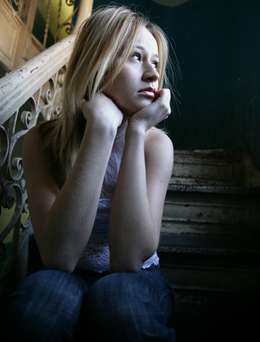 Less than two years ago, Megan Harms, 13, experienced the utter devastation of losing her big sister. Megan shares her story.

My sister Michele was one of those people you couldn’t help but really love. Even though Michele was seven years older, we were really close. I think it’s because we shared a room and always stayed up talking about everything.

In June 2001, I could tell something was wrong with Michele. She wasn’t her normal, fun self. She slept constantly. When she didn’t get better after two weeks, my parents took her to the hospital for tests. We found out she had a disease called lupus. Suddenly, I remembered one of my fave celebs had a sister who died from lupus. I thought, “Michele could die?!” But I couldn’t let myself believe it.

Michele was put on medications and seemed in great health for the rest of the summer. But the day after she moved into her college dorm, she could barely move her arms and legs. My parents brought her home and checked her into the hospital. I just thought, “She’ll get better.” A week later, though, she was moved to the Intensive Care Unit.

A few days later, I was home with my aunt and my brother Matthew while my parents and my sister Melissa visited Michele. At 2 a.m., my aunt got a call and drove us straight to the hospital with no explanation. When we got to the ICU, my parents told us Michele had died. Everyone cried. My brother went into Michele’s room to say goodbye, but I
couldn’t. I had to remember her the way she was. That morning, we all slept in my parents’ room, because nobody wanted to be alone.

I had school the next day, but I couldn’t get out of bed. I was in complete shock. People came over with food and I thought, “This isn’t supposed to happen!” My friends brought me presents and a few even came to the wake. That was really helpful to me.

The next week, I had to go back to school to take a standardized test, but I blew it. My principal was totally understanding and overlooked my scores. I was relieved. For a while, my friends backed away from me. I wasn’t angry but confused. I knew they didn’t know what to say to make me feel better. Losing a sister isn’t something most kids understand.

Months later, my parents sent me and my brother to a week-long bereavement camp. But I begged to come home. I couldn’t handle hearing everyone’s sad stories, and I hated being away from home. I was afraid I might lose someone else while I was gone.

Sometimes, I blamed myself for Michele’s death. Even though there was nothing I could have done, I felt guilty for not saying goodbye to her. I also felt bad about stupid fights we’d had. I’d think, “Why did I say that to her?!” Now, I realize Michele wouldn’t want me to feel that way.

I definitely feel Michele around me. And since I believe in heaven, I know I’ll see her again. The worst thing is that I lost my sister as a friend. The best thing is that Michele’s BFF Julie took me under her wing. She comes over, and we talk for hours and make cookies. She treats me like I’m her little sister. It almost makes me feel like I have Michele back.

My sister’s passing has made me more appreciative of life. Melissa, Matthew and I are quick to apologize to each other now, because you never know when you might lose someone. Clothes and toys used to be important to me, but now it’s friends and family.

—As told to Sandy Fertman Ryan 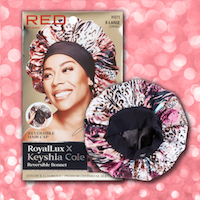