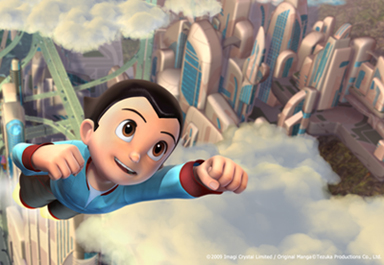 Yes, that’s right. We’re totally crushing on a cartoon. But we’re sure you will, too, after watching this flick.


Astro Boy, starring the voices of Freddie Highmore (from The Spiderwick Chronicles and Charlie and the Chocolate Factory), Nicolas Cage (from National Treasure) and Kristen Bell (yes, the voice of Gossip Girl), is a heart-warming story for the entire fam. 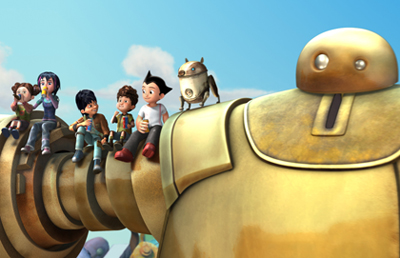 Follow Astro Boy, a young robot who is just trying to fit in, as he embarks on an adventure the world will never forget. He runs from the army, fights bad robots and even makes companionship with some unlikely characters. Throughout it all, he learns the joys and emotions of being human, gaining the strength to embrace his destiny and learn what it means to be a genuine super hero.

Catch our loveable guy, Astro Boy, when it flies to theaters October 23rd!

Are you a Freddie Highmore fan? Will you be catching the flick? Blog about it, babes.