New Moon Week: Who's Who of New Moon 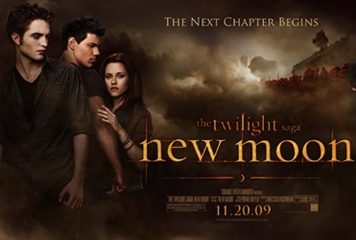 With the Twilight Saga craze going on, it’s time to know (or recap for all you Twilighters) who’s who in the upcoming movie New Moon. Sure, there’s Edward, Bella and Jacob but you gotta know the new stars in the movie to really enjoy it! Snag the 411 on the fresh faces right now…
The Volturi Clan 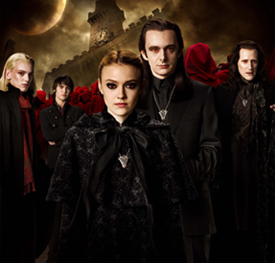 Jane (played by Dakota Fanning)
Jane is a guard of the Volturi who can cause pain in others with almost no effort. This definitely takes a toll on Bella and you’ll cringe at what this bloodsucker can do. Jane, although a bit of a catty blood sucker, is totally gonna blow your mind (metaphorically and literally) in the new flick—especially with the one and only Dakota Fanning playing the role.


Aro (played by Michael Sheen)
For those of you haven’t heard, the Volturi is a type of royalty in the vampire world. And with every royal family comes a leader, in the case Aro of New Moon. As the head of the clan, Aro holds the power to anything vampire related… even their death. With his ability to read your every thought (past & present), you’re going to want to be on his good side.

If you’re a fan of leading bad boys, Caius just might be the vampire for you. He might not have a special power, but you’ll get a kick out of what he wants to do when this bloodsucker sees Bella in Italy. Adding on to the hotness factor, Jamie Campbell-Bower is oh-so-hawt in his bleach blonde hair in this flick.
Jacob’s buddies: The Quileute Tribe 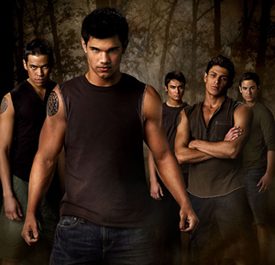 Sam Uley (played by Chaske Spencer)
Okay, the idea of werewolves is pretty cool, but being with them just might be a bit scary. Now, imagine a werewolf that wants to protect humans (such as Bella) from getting their blood sucked. That’s Sam Uley for you! He’s the alpha of his pack and he can shape shift (aka transform instantly). Awesome.

Paul (played by Alex Meraz)
Scratch out everything about Sam Uley and substitute with ill tempered and really, really scary. That’s who Paul is in New Moon when he finds out that Jacob told Bella about the Quileute Tribe. Of course, there’s no way Paul could ever hurt Bella with the buff and hot Jacob by her side. But get ready for some thrill when Paul shows his fur!

Did we forget any of your new favorite characters? Excited for New Moon? Blog about it, babes.