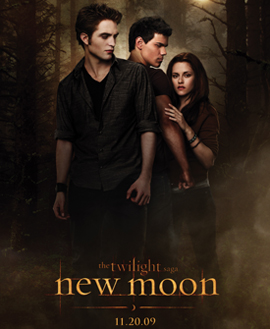 Hey, Twihards! Guess what?
I just saw New Moon!
Have YOU seen it yet?

If you loved Twilight, then you will absolutely love this second installment in the series. 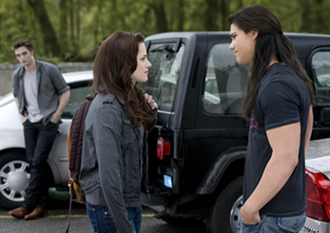 Without giving too much of the plot away, I will just say that you need to be prepared to see Taylor Lautner without his shirt on (a lot), have your emotions go from one extreme to the next in less than a minute and choose, once and for all, whether you are on Team Edward or Team Jacob. 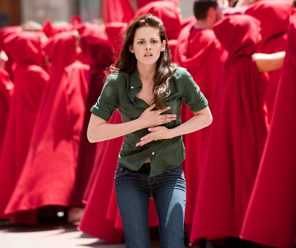 Everyone was pretty worried that the new director wouldn’t do as good of a job, but we think he did better! The cinematography was absolutely beautiful, the soundtrack was amazing and Bella’s clothes and makeup was way better than in Twilight. There were tons of special effects with the werewolves, but they actually looked pretty real and convincing, not corny and weird like in other movies. 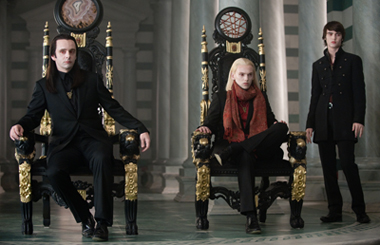 The new characters of the movie, the Volturi, were, well, amazing and horrifying at the same time. Their scenes will definitely have you tensed in your seat. And you’ll finally see what happens to Victoria (remember her?) and Laurent. Awesome, right?!
Having read all of the books multiple times, I will agree that the script doesn’t follow the book as closely as I would have liked (but that’s often the case when a book is transformed into a movie), but it still does a fantastic job of capturing all the emotions felt while reading. 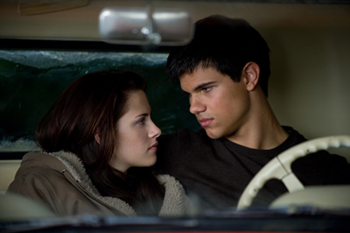 Obviously, New Moon emphasizes the relationship between Bella and Jacob more than in the first movie, and Bella has to make some pretty tough decisions. So, who does she choose? Head to the theater to find out!

As one girl said while leaving the theater, “Oh my goodness! I have so many emotions right now, I don’t even know what to do with them!”

Are you going to go see New Moon? When are you seeing it and with whom? Blog it out, babes!


By: Liz Lebedda
Photo Credit: Summit Entertainment
Love all things Twilight? Wanna have a party to celebrate? Throw a New Moon Overnighter with your friends.
Wanna sound off with fellow Twihards? Take our New Moon Survey!
BLOG IT OUT! Have you seen it? What'd you think? If ya haven't seen it yet are you gonna go? Are you excited!?