Caught in the crossfire of friend drama 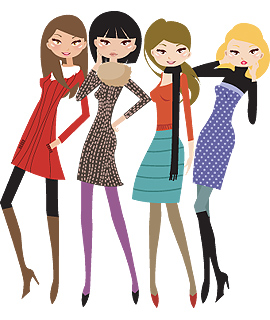 My BFF and I were super-close, like sisters. Then she was being mean to me and my other BFFs, so we called her out on it. We were really mad and didn't appreciate her treatment.

She didn't take it very well and now we're not so much sisters anymore, or even friends for that matter. Now I'm hanging out with a new group of girls who hate my old BFF. I feel bad for my old BFF because we all just kind of dumped her.
Can I still be sort-of friends with my old bestie without making my new friends gossip?

The answer to your ultimate question? Yep, you can most definitely rekindle your friendship. Everyone goes through rough patches with pals and there is absolutely no rule saying that you can’t make up with an old girlie. It’ll take some time for sure, but with some help you should be able to chat it up with your old BFF again!

Be realistic and futuristic

All things aside, you have to put the past behind you. So approach your old BFF, but don’t rehash the whole saga. Just recognize that you had your differences (which is normal) and let her know that you want to be friends again. One thing to remember? If your ex-BFF was a meanie she might still be up to her evil ways. So, rekindle this chica-ship with caution and get closer to her slowly to make sure she's not the same.

Be straight with new sistahs

Now, let’s tackle the whole new friend’s gossip. OK, they don’t like your old BFF and that’s understandable after the drama-lama. However, you’ve probably heard it before and you’re gonna hear it again: your true friends won’t care if you are pals with other people outside of your group. Sure, there’s a past with this girl, but there’s no reason to act different about it. As long as THEY don’t have to deal with the old bestie, your new girlies have no say in this.

Be clear as crystal, chica!

Make sure you’re communicating well with both parties. Be sure your ex-BFF gets the fact that you want to reconnect again under the condition that you let bygones be bygones. Make it clear to your new groupies that this is YOUR individual decision and they have to respect that. This isn’t a friendship between them and your old buddy. It’s between YOU and your old buddy.

It won’t be smooth sailing at first, but it’ll be worth it!
-Jeannie

POSTED IN 411 on fighting with friends, group